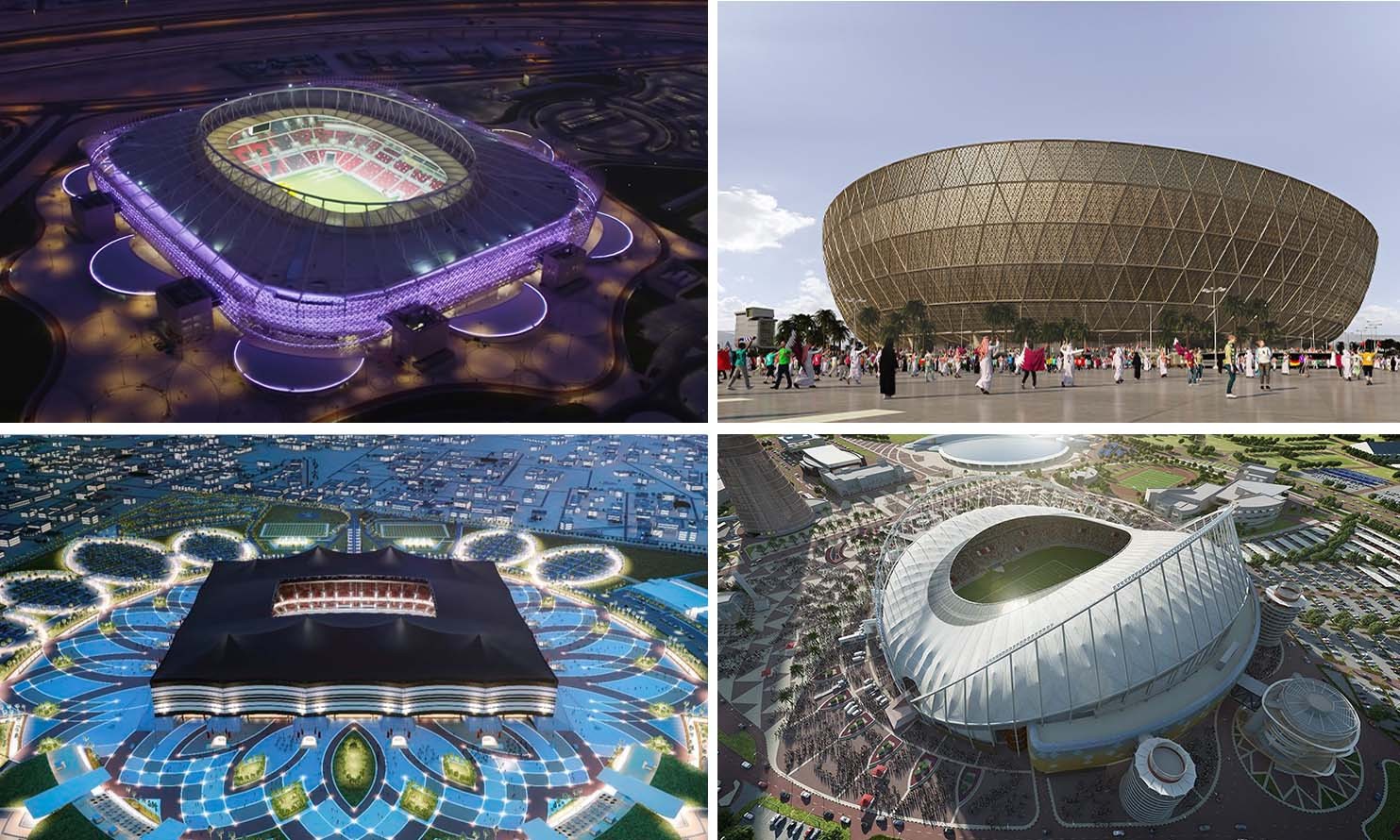 The most anticipated event in football, the FIFA World Cup, kicks off on November 21st, 2022, in Qatar. The 22nd edition of the tournament will be the first World Cup event to take place in the Middle East. Australia will kick off their campaign against the 2018 FIFA World Cup winners, France, at the Al Janoub Stadium. The Socceroos qualified for their 5th straight World Cup by beating Peru in their intercontinental play-off final, with winger Awer Mabil scoring the crucial penalty in the shootout.

With only a few months to go, the matches will be played in eight magnificent space-age stadiums. Each arena has sustainability at its core and is a perfect mélange of rich heritage and modern innovation. Here are some interesting details about these architectural wonders:

Located 35 km from Qatar’s capital, Doha, the Al Bayt Stadium is the second largest of the lot. It is shaped like a traditional Bedouin tent – Bait-al-Sha’ar, a symbol of hospitality, and will host the opening match of Qatar’s FIFA World Cup 2022 campaign when they take on South America’s Ecuador. England vs the United States and Spain vs Germany will also be hosted here, as well as one round of 16, a quarter-final, and a semi-final.

This stadium’s design is inspired by the gahfiya, a woven headwear steeped in tradition. Located 12 km from central Doha and in the vicinity of Hamad International Airport, this futuristic stadium will host eight matches, including a round of 16 and a quarter-final. The venue’s sustainable design ensures that 40% more fresh water is saved in comparison to a conventional stadium, with recycled water being used to irrigate green areas.

The iconic Khalifa International Stadium has played host to the Asian Games and the Arabian Gulf Cup, among many other stellar events. It’s a multi-purpose venue and serves as the home ground of the Qatar Football team. The stadium will host eight matches of the FIFA World Cup, with the 2020 Euro Finalist, England, kicking off against Iran in Group B’s first match. The third-place play-off will also be held at this stadium.

This visually stunning stadium is named after Ahmad bin Ali Al Thani, the Emir of Qatar, from 1960 to 1972. With sustainability as its essence, over 90% of the construction materials used for the project have been reused or recycled. The Ahmad Bin Ali Stadium will host 6 group matches and one round of 16 at the finals.

Empowered with state-of-the-art information and communication technologies, this neo-futuristic stadium is bound to offer an experience of a lifetime for football fans. It’ll be the venue where the Socceroos will play Wahbi Khazri’s Tunisia, Kylian Mbappe’s France and Christian Eriksen’s Denmark, which according to many FIFA World Cup predictions, the latter are the two favourites to automatically advance to the final stages of the competition.

Popularly known as Qatar’s ‘Diamond in the Desert,’ the Education City stadium achieved a 5-star rating under the Global Sustainability Assessment System for its sustainable design and build. The stadium is set to host eight matches up to the quarter-finals stage, including the highly anticipated game between Cristiano Ronaldo’s Portugal and Heung Min Son’s South Korea in the Group H matches.

Hosting a total of six matches, this venue has been constructed using 974 shipping containers and modular steel elements, paying homage to the nearby port and Doha’s long maritime history. With a capacity of 40,000, it will be the first demountable tournament venue in FIFA World Cup history.

The largest of all the stadiums for the 2022 FIFA World Cup, with a seating capacity of 80,000 fans, this stadium is situated in the ultramodern Lusail city. The stadium’s iconic design is rooted in Qatari culture and is inspired by fanar lanterns and delicately designed bowls used across the Middle East for centuries.

Why the Roller Skates are best for Short Trips