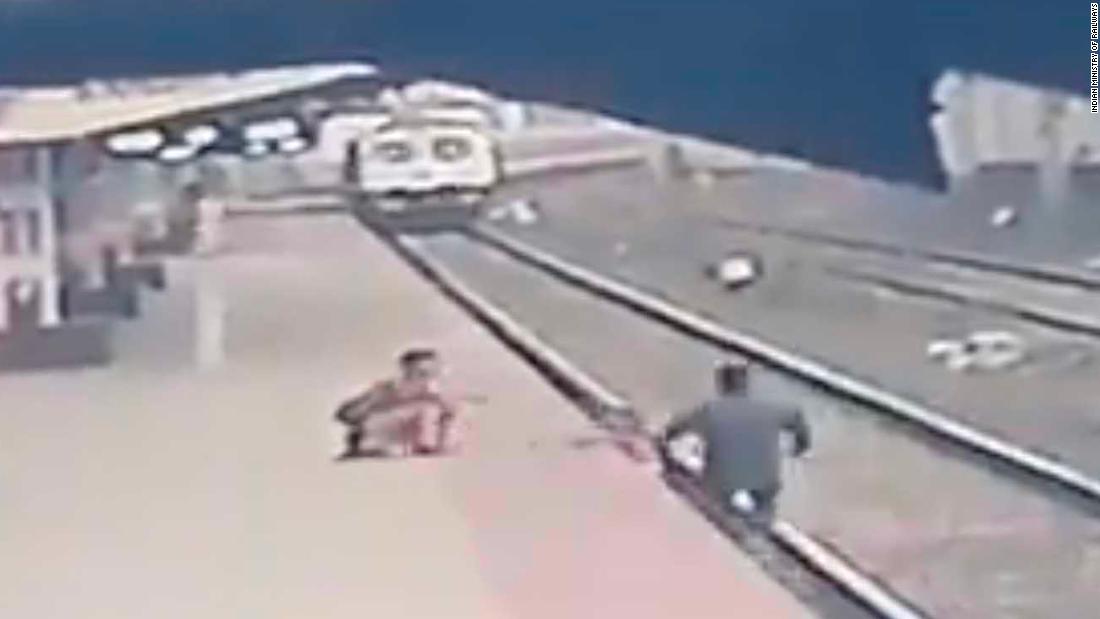 The CCTV video, posted on Twitter by India Ministry of Railways, showed a Vangani station worker in Bombay running to rescue a child as an approaching train approached them.

The worker lifted the child to the platform moments before the train had hit.

The ministry praised the employee, point guard Mayur Shelkhe, as a “good Samaritan.”

“We salute his brave example and the utmost devotion to duty,” they added in the tweet.

Indian Railways is the fourth largest railway operator in the world and the largest employer in India.

On March 25, 2020, the rail network was suspended for the first time in 167 years when Prime Minister Narendra Modi imposed a national shutdown due to the coronavirus pandemic.
The following month, the the railway operator announced plans converting up to 20,000 old wagons into isolation rooms for patients as the virus spreads.

India is currently facing a second wave of coronavirus that is getting worse. On Sunday, the country reported 261,500 new cases, the highest figure in a day so far, according to data from the Ministry of Health of India.

Related Topics:An Indian railway worker saves the child from the oncoming train - CNNasia
Up Next

Here’s what you need to know about the Chauvin trial closing arguments, deliberations and verdict