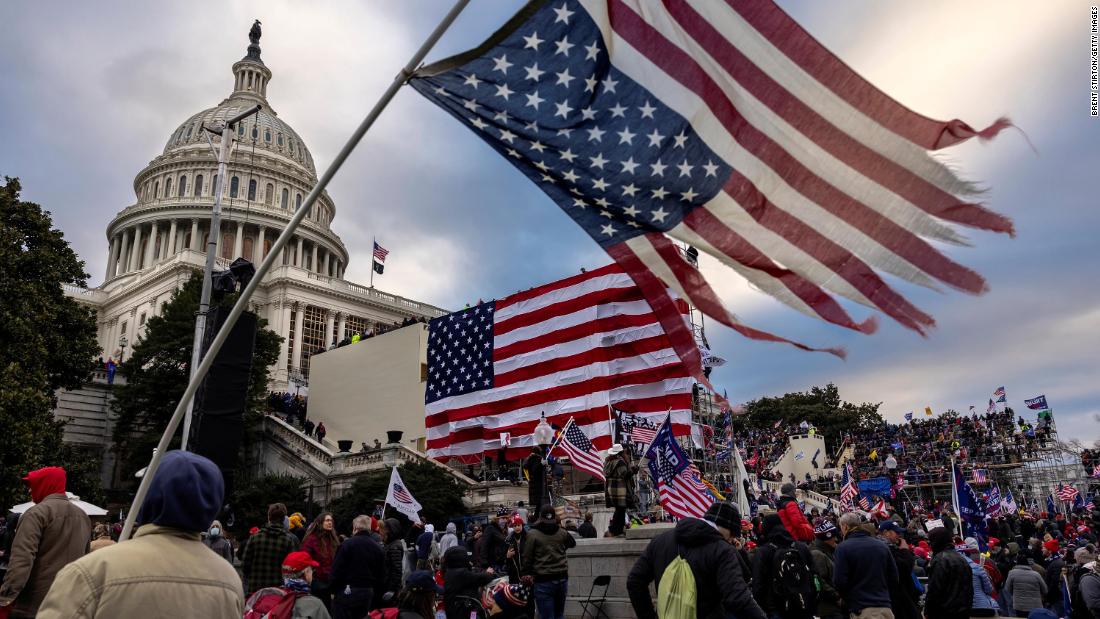 Prosecutors say Christopher Worrell, of Florida, arrived at the Capitol on Jan. 6 armed with pepper spray and later used it against a line of police officers guarding the complex. He was photographed near the Capitol wearing a tactical vest and a radio headset, gathered outside the building with other members of the Proud Boys, a right-wing extremist organization.

Worrell appeared in federal court Friday and was released by a federal judge in the middle district of Florida. The Justice Department quickly appealed against this decision and the chief judge of the federal court in Washington, DC, temporarily suspended his release pending a further review.

A lawyer listed in Worrell’s court records did not respond to CNN’s requests for comment.

The criminal complaint against Worrell includes images of him wearing Proud Boys equipment and flashing the “Okay symbo“which is associated with white nationalism. Other videos show Worrell with the leader of the Proud Boys, Henry “Enrique” Tarrio, in a mall in Naples, Florida.

When an FBI agent later asked Worrell about the group, Worrell said, “The proud boys were not a white supremacist racist group like the media is trying to portray,” according to court documents.

Nearly 20 people affiliated with the Proud Boys have been charged with the Capitol riot, according to a CNN review of court documents. These include well-known leaders of the organization, people who participated in the Proud Boys rallies, and others who wore the Proud Boy badge.

Clinton shares what she prepared for her 2016 presidential victory speech