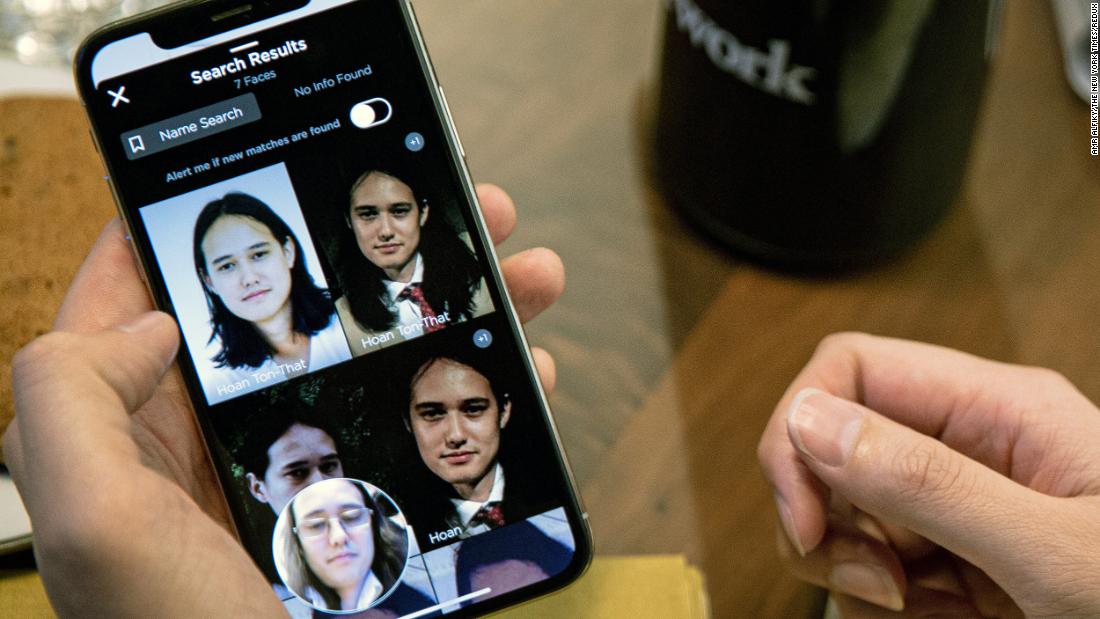 The complaint, which was filed Tuesday in California Superior Court in Alameda County, alleges Clearview AI’s software is still used by state and federal law enforcement to identify individuals even though several California cities have banned government use of facial recognition technology.

The lawsuit was filed by Mijente, NorCal Resist, and four individuals who identify as political activists. The suit alleges Clearview AI’s database of images violates the privacy rights of people in California broadly and that the company’s “mass surveillance technology disproportionately harms immigrants and communities of color.”

Founded in 2017, Clearview AI compiles billions of photos into a database for its software, which can use these images to identify individual people. The company has claimed to have scraped over 3 billion photos from the internet, including photos from popular social media platforms like Facebook, Instagram, Twitter and YouTube. Major tech companies have sent the company cease-and-desist notices in the past, arguing its photo snagging practices violate their terms of service.

“Clearview AI complies with all applicable law and its conduct is fully protected by the First Amendment,” Floyd Abrams, a lawyer for the company, said in a statement to CNN Business on Tuesday.

Facial recognition technology has grown in prevalence — and controversy — in recent years, popping up everywhere from airport check-in lines to police departments and drugstores. And while it could add a sense of security and convenience for businesses that roll it out, the technology has been widely criticized by privacy advocates who are concerned that it may include racial biases and have the potential for misuse.

The lawsuit is the latest attempt by grassroots groups to clamp down on facial-recognition software, which is not widely regulated in the United States. In the absence of clear federal rules regarding the usage of the technology, a number of cities — such as San Francisco, Boston, and Portland, Oregon — have banned the technology in some capacity. A few states, including Illinois, California, and Washington, have related legislation that limits its use.

Zota said the parties that brought the lawsuit see Clearview’s technology “as a terrifying leap toward a mass surveillance state where people’s movements are tracked the moment they leave their homes.” The individual plaintiffs participated in political movements that are critical of the police and of US Immigration and Customs Enforcement, he said.

“The ability to control their likenesses and biometric identifiers — and to continue to engage in political speech critical of the police and immigration policy, free from the threat of clandestine and invasive surveillance — is vital to Plaintiffs, their members, and their missions,” the lawsuit states.

Clearview was sued last year in Illinois by the American Civil Liberties Union, which alleged in its complaint that the company’s technology violates that state’s 2008 Biometric Information Privacy Act. In a statement, the ACLU alleged Clearview participated in “unlawful, privacy-destroying surveillance activities.”

At the time, a lawyer for Clearview AI responded by saying the ACLU lawsuit was “absurd.”

That lawsuit is ongoing; Clearview filed a motion to dismiss the suit in December, which the ACLU replied to in a legal brief, an ACLU spokesperson told CNN Business.

More recently, Clearview AI has also been declared illegal in Canada. The company was told to remove Canadian faces from its database.

‘Cookies’ track your every move online. Now there’s a fight over what should replace them