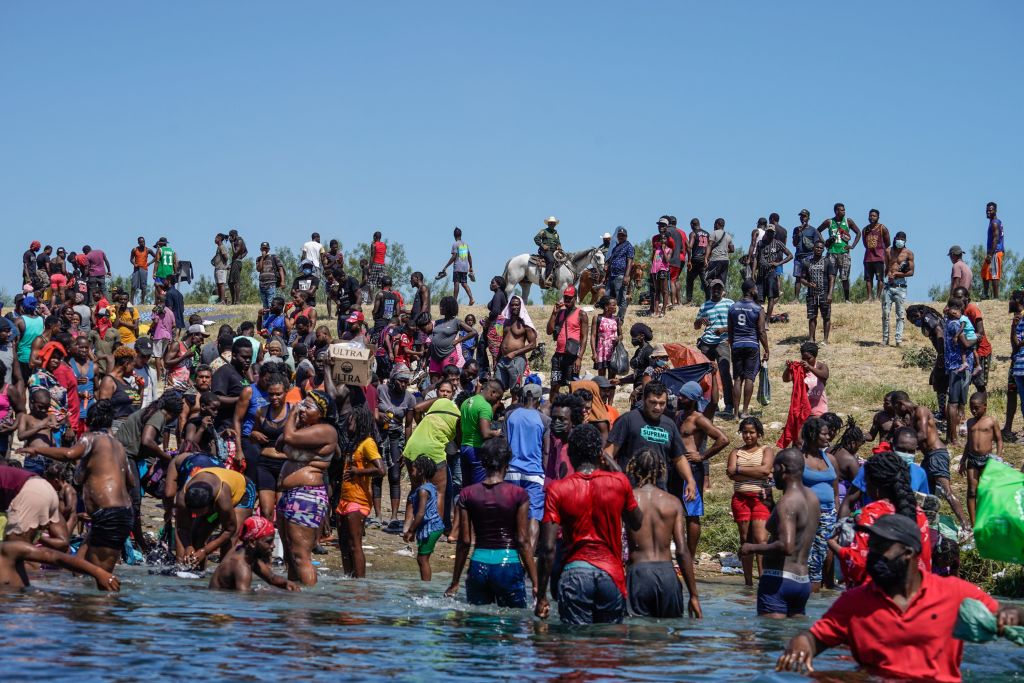 Former Director of Immigration and Customs Enforcement Tom Homan blasted Homeland Security Secretary Alejandro Mayorkas over the border crisis of the Biden administration, declaring he was “lying to American citizens.”

Documents leaked to Fox News this week revealed 160,000 migrants have been released to the United States since March. Homan offered his perspective on that during a “Fox and Friends First”Interview on Thursday morning.

“The numbers show that the secretary is lying to the Americans,” Homan said.

The former acting Director of ICE, Tom Homan, was sound as we learned of the 160,000 migrants released into the U.S. under the Biden Administration.https://t.co/0aujDkzXx9

The Fox report also said that since Aug. 6, the Biden administration has released nearly 32,000 U.S. immigrants on parole – giving migrants a temporary legal status and the ability to apply for work permit.

“Why do they use lanterns?” Said Homan. “Because they’ll be eligible for a work visa when they get here.”

“Again, here’s the secretary not taking any enforcement posture, not doing anything to slow the flow,” he said.

“They call their friends and neighbors to their house, saying, ‘I’m not just freed. I have a job.’ It’s just a magnet, ”Homan said.

The border crisis led nearly three dozen members of the Republican House to send a letter to President Joe Biden on Friday to request action.

“The recent influx of illegal aliens entering the United States in Del Rio, Texas, demands that you finally give the border crisis that you created the attention it deserves,” letter read

“American citizens are fed up with false assurances that the border is closed,” it said.

House members said Biden was open border the policies are the cause of the crisis.

Watch: Biden Struggles to Recite the Name of the Port Director He Met Before the Statements

“There is a major driver for the current influx of illegal immigration: your policies have left the border open,” the letter said.

Lawmakers wrote that the border crisis was “directly linked” to Biden’s refusal to follow border laws.

“The influx of foreigners into Del Rio and the accompanying lawlessness generated due to the influx are directly linked to your refusal to comply with [District Judge Matthew Kacsmaryk’s] order, ”the letter read.

Arizona Republican Andy Biggs, one of the signatories, issued a statement with the letter.

“It is too late for President Biden to recognize the border crisis he has created and enforce laws to ensure the border,” Biggs said.

“Biden has worked too hard to erase the Trump administration’s policies and programs, such as Stay in Mexico, that secure our border and discourage illegal immigration,” he said.

“We demand that the President provide Congress with accurate information about the extent of the border crisis so that we can understand the full impact of his open border policies.”