Epic Games unveiled the Wild Weeks concept on May 6, and Fortnite Wild Week 2 is set to begin on May 13 with a whole new theme.

With the second iteration of Fortnite Wild Week coming soon, fans are wondering about possible topics. Since the theme strongly emphasizes the availability of different weapons in the game, the first weeks of different weapons and fire items were focused on the weekly challenges. 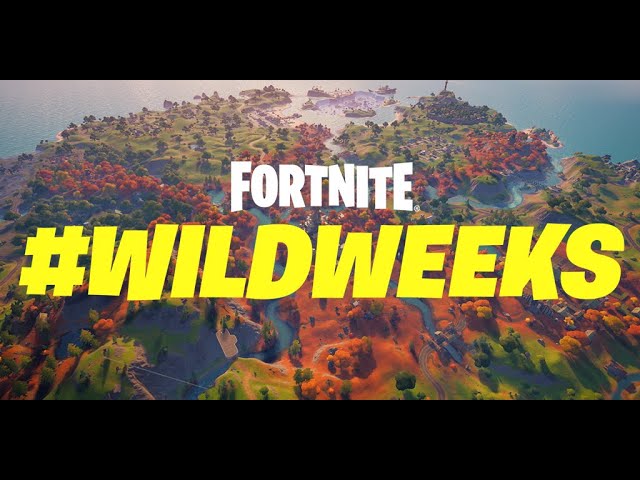 There has been various speculation in the community regarding a possible Wild Week 2 theme at Fortnite. Ranging from an aerial theme to something that could be based on the fish in the game, the May 13 update will finally present the final theme for Wild Week 2.

The update will also introduce a whole new set of challenges for players to complete and earn XP for their Battle Pass in Fortnite Season 6. These new challenges will definitely require players to interact with weapons and items according to the theme of Wild Week 2.

The first possible topic for Fortnite Wild Week 2 was speculated after the release Update from 16.40. According to one of Fortnite’s official Twitter accounts, the announcement for Wild Week 2 reads,

“Catch victory in the next Wild Week starting May 13.”

In addition to the phrase “Catch the Victory,” which directly suggests a fish-based theme for Wild Week 2, the line was followed by a fish emoticon. While these factors almost guarantee that the theme for the upcoming Fortnite Wild Week 2 will feature fish, developers may surprise everyone with another theme.

Catch victory in the next Wild Week starting May 13th

@FortniteGame pls wild week 2 could be an aerial theme like jetpack, drop falls, launch pad, grabber, rift-to-go come back pls could be fun and cool

There was also speculation about the aerial theme for Fortnite Wild Week 2. The aerial theme could bring back the focus on items such as jet packs, shock waves, jumpers and various other items that allow players to spend more time in the air.

Related Topics:FeatureFortnite Battle RoyaleFortnite Season 6Updates and notes about Fortnite
Up Next