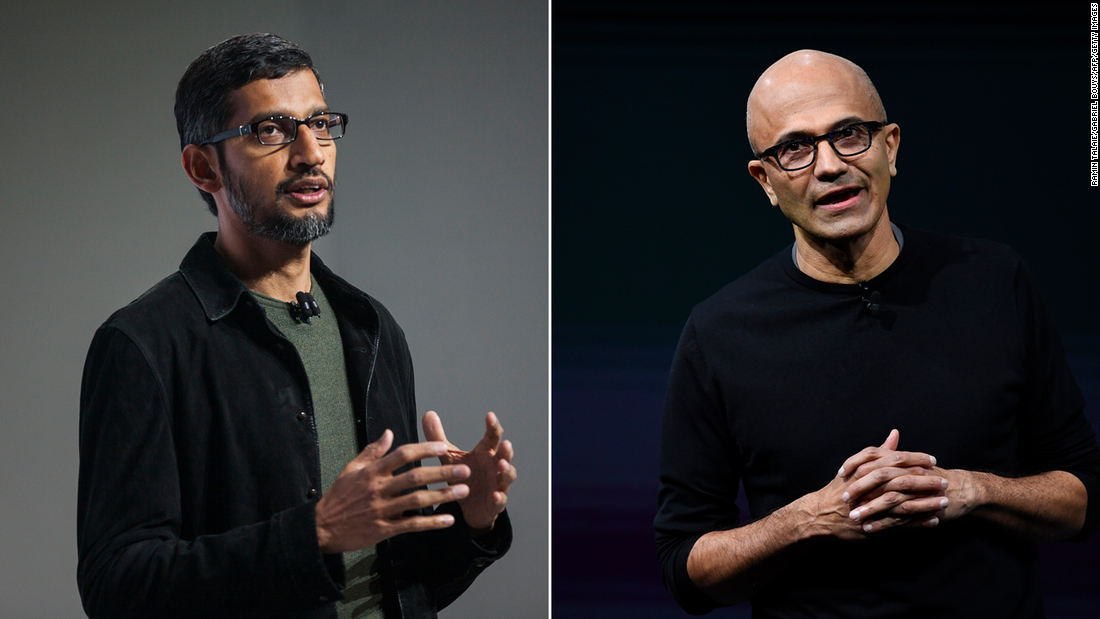 Microsoft (MSFT) targeted Google’s dominance in advertising as it described in congressional testimony how the tech industry has contributed to the erosion of local journalism.

“The problems that beset journalism today are caused in part by a fundamental lack of competition in the search and ad tech markets that are controlled by Google,” said Microsoft President Brad Smith in his written testimony to the House antitrust subcommittee.

“This is not to make a statement about whether Google has acted unlawfully,” Smith continued. “But as we learned first-hand from Microsoft’s own experience two decades ago, when a company’s success creates side effects that adversely impact a market and our society, the problem should not be ignored. And this typically requires government action.”

Ahead of the hearing, Google (GOOGL) lashed out with a blog post accusing Microsoft of lobbing “self-serving claims” and returning to an aggressive, anti-Google playbook.
“This latest attack marks a return to Microsoft’s longtime practices,” wrote Google SVP of Global Affairs Kent Walker in a blog post “And it’s no coincidence that Microsoft’s newfound interest in attacking us comes on the heels of the SolarWinds attack and at a moment when they’ve allowed tens of thousands of their customers … to be actively hacked via major Microsoft vulnerabilities. So maybe it’s not surprising to see them dusting off the old diversionary Scroogled playbook.”
In recent weeks, Microsoft and Google have taken opposing positions on an Australian law requiring tech giants to negotiate revenue shares with news publishers. Where Google threatened to pull out of Australia, Microsoft cheerfully endorsed the legislation, saying its Bing search engine would fill the gap.

The concerns that gave rise to the Australian law are now being echoed around the world, including in the halls of Congress.

On Friday, Microsoft endorsed a bill led by Rep. David Cicilline that would give news publishers an antitrust waiver so that they may negotiate for revenue collectively against tech giants.

Microsoft itself would likely be subject to the law, Smith noted, but he said the tech industry has an obligation to do more to support quality journalism.

Related Topics:Google and Microsoft are in a public feud - CNNTech
Up Next