Google has a new smart display. Trust me. to be new. The second-generation Nest Hub looks pretty much the same as the original product released as Home Hub in 2018. This new device still doesn’t have a camera, but it has a Soli radar sensor for sleep tracking. Yes, the new Google Smart Display will watch your sleep, but the company emphasizes that it designed “Sleep Detection” with privacy in mind. It’s also cheaper than the first generation display at the time of launch.

Owners of OG Hub will not notice any major external changes. There’s still a 600p mid-resolution 7-inch display, a rear fabric-covered speaker, and a device sensor that breaks through another uniform bezel. The only visual difference is the lighter sensor window. Google is saying the speakers now offer 50% more bass, so I want to talk about upgrading from Home Mini to Nest Mini style audio. 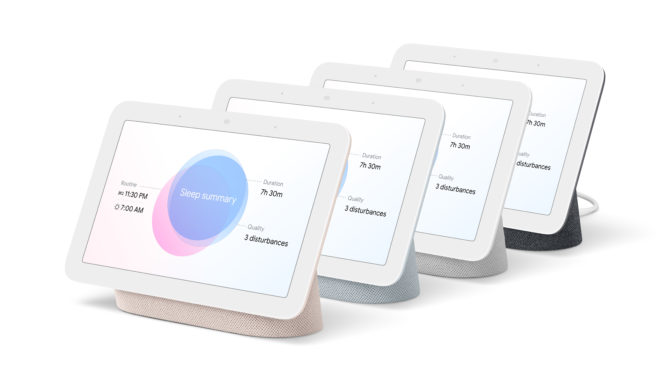 You can tap and swipe to view photos or control smart home devices, and of course, Google Assistant voice commands are also supported. But sleep detection is a highlight and a feature you won’t get on other smart displays. According to Google, about 20% of the first-generation Nest Hubs have been placed in the bedroom, and the new Nest Hub can be fully functional only when placed next to the bed. The lack of a camera is really a selling point, as it guarantees some degree of privacy. Herbs can’t see But it still “sees” the radar wave. 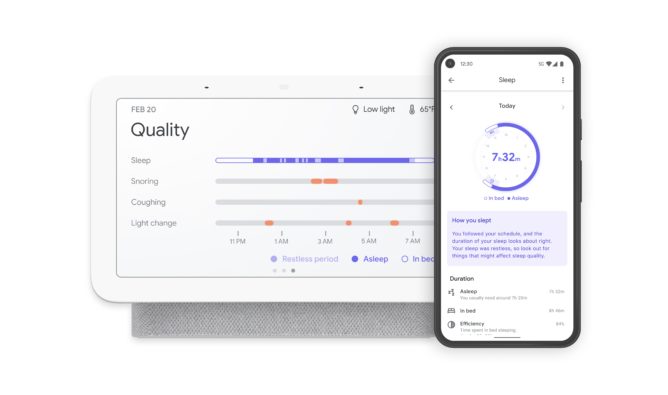 The Soli radar module creates a bubble that allows the hub to track the user’s breathing and movement overnight. Google says Hub’s Soli is accurate enough to detect a person’s general shape and location, but not a specific face or body. Combined with temperature and light levels, Nest Hub can track your sleep and provide that data to Google Fit. Over time, sleep detection can also give you actionable tips to improve your sleep. This is similar to what you get from various fitness trackers and smartwatches with sleep monitoring, but you don’t have to worry about forgetting to put your device on when you go to bed.

Google says raw Soli data (above) never leaves the hub. Improved machine learning capabilities allow smart displays to do all processing locally, further protecting your privacy. Soli also supports several basic gestures, such as raising your hand to pause media or waving your hand to pause the alarm. Sleep Sensing will be a free feature at launch, but Google plans to make it a paid add-on in the future. We haven’t decided how it will work or how much it will cost, but the recent Fitbit acquisition foreshadows a premium health/fitness subscription in some way. The hardware itself costs $99 (£89.99), which is cheaper than the original hub at the time of launch. Pre-order from today Google Store (4 colors) The device will ship on March 30th.

Our recommended Chrome flags to test on your Chromebook