Brian Ortega finally weighed in with his thoughts on Max Hollowayis the latest win over Calvin Kattar. Ortega, who had been at the Holloway Wrath reception in the past, crowned the Blessed for an amazing performance on Fight Island.

During an interview with ESPN’s Brett Okamoto, Brian Ortega said his former rival Holloway looked amazing and fought well in his fight against Kattar. 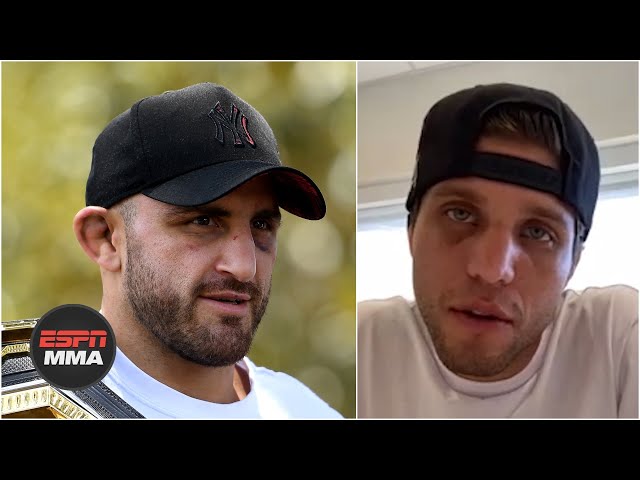 Ortega added that, in addition to leading an incredible fight, Holloway’s ability to talk to commentators as he bent Kattar’s punches showed he was in the furrow during the fight.

“This man came, if he hadn’t come out before, he came out. I’m not a hater man, I pay tribute where credit is due. He came out, he looked amazing, he did a wonderful job, he has a lot of fun fighting. Not only on everything, but even on his ability to talk to commentators, to move and still love, he was in the groove, he was burning that night. That man was burning, that day or night. “

In the first UFC In the case of 2021, Max Holloway stunned the fighting game, alerted the featherweight division and captured the entire UFC with his amazing display.

In one of the most commanding appearances in the history of the promotion, Holloway dominated The Boston Finisher from start to finish and walked away with an all-encompassing victory in his UFC debut on the ABC network.

With the victory, Holloway established his place as the next candidate for the title. He will now wait and see how Brian Ortega’s title fight against Alexander Volkanovsky will play out.

Brian Ortega will once again fight for the UFC lightweight championship in the UFC 260 main event. T-City first stepped into the position of Division King when Holloway was still the 145-pound champion.

In his quest to become a featherweight champion, Brian Ortega suffered a brutal defeat by Holloway in 2018 and took a break from the Octagon competition. In his return fight, Ortega defeated the Korean Zombie and established his place as the # 1 contender for the UFC lightweight title.