Gervonta Davis he reportedly earned a million dollars for his fight against Isaac Cruz, as reported by Jed Goodman from jedigoodman.com on Twitter.

Davis dance partner Isaac Cruz reportedly earned $ 300,000 for the fight, however, the figures include only the official purse for the show, not variable payouts including bonuses and sponsorships.

After defeating Isaac Cruz by unanimous decision, Gervonta Davis was able to maintain his undefeated record. Although ‘Tank’ failed to bring Cruz to the canvas as it is known to do so, Davis ’speed proved to be too great for Cruz, who struggled to land anything essential on Floyd Mayweather‘s prodigy.

From the introductory bell, Cruz, with his distinctive style, marched forward to harass the ‘Tank’, but soon realized the difference in speeds. Towards the end of the fight, it seemed that Isaac Cruz was approaching a decision for himself, but Gervonta Davis managed to keep his composure and dealt more significant blows in later rounds.

In an interview after the fight, Gervonta Davis revealed that he broke his arm in the sixth round of the fight with Isaac Cruz and therefore could not secure his trademark knockout against Cruz.

‘Tank’ told Jim Gray of Showtime Sports that he injured his hand in the sixth round and that he still tried to throw with a broken arm.

“I injured my left arm probably in the sixth round, but I have to throw it away. I have to go for an examination. It’s shaking, but that’s what it is, it comes in sports.”

Gervonta Davis basically won that fight with one hand 😳😳😳

Gervonta Davis basically won that fight with one hand 😳😳😳 https://t.co/DtAtyZHu4p 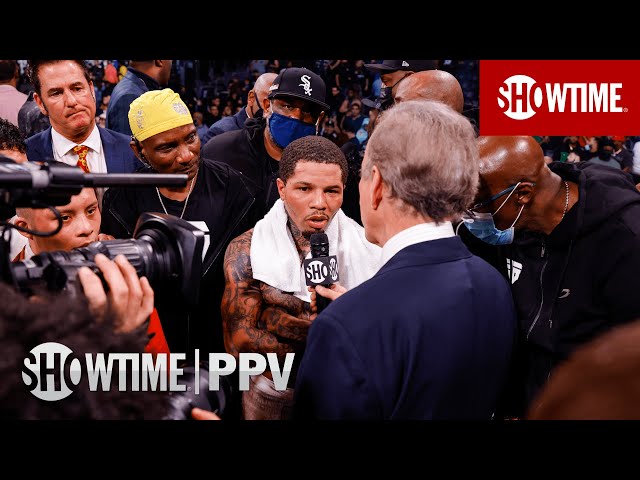