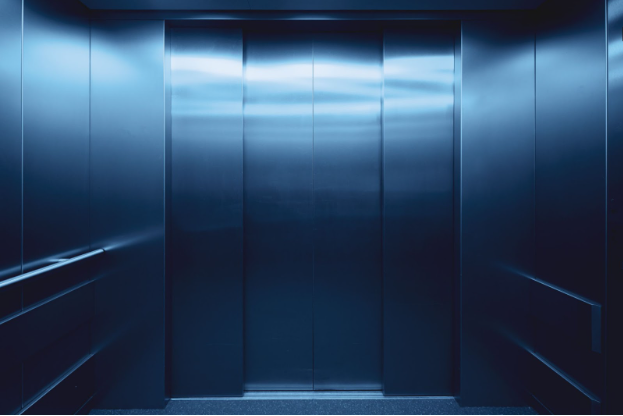 An emergency Rescue Device or ERD is a mechanism installed in elevators that activates during power outages that restrict the lift’s functionality. This emergency equipment provides a 3-phase power supply to the elevators in the event the main power source fails. An ERD differs from an auxiliary or emergency power system or standby generator that provides near-immediate protection from input power disruptions by providing energy stored in batteries via a specialized power bank. With ERD, the switching time is nearly negligible. Therefore, the lifts never stop, and the generators are unnecessary. Whenever the power is on, the lifts operate smoothly and without jerks, which keeps the lift electronics and electrical systems running without interruption. Since there is no interruption in power, the smooth operation eliminates the possibility of lift failure. ERD is a green and clean technology that, with the addition of a charge controller and solar panels, may become a solar-enabled system capable of charging the ERD power bank using solar energy.

Understanding the shortcomings of Online UPS.

The Online UPS is designed for computer loads and IT loads as the load is almost fixed so they get the efficiency very high whereas the 3 phase Induction motors being used in lifts have a varying load as the load varies when the lift moves in upward and downward condition so that the load varies drastically so the power factor in the online UPS varies which creates a big electricity bill for the online UPS as well the battery life is reduced since the battery is always functional in case of Online UPS. 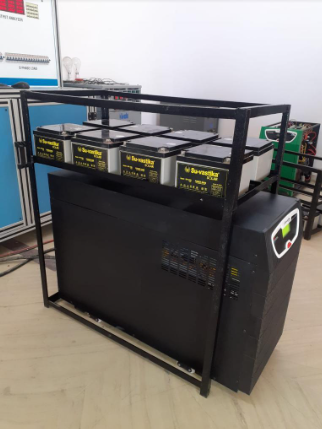 ERD for the rescue.

The backup time with the same battery bank will be lower compared to ERD as the inverter efficiency is very high even if the load varies from 10% to 100% whereas the Online UPS efficiency depends on the percentage of load percentage.

The online UPS is converting the power from the AC to DC and again to AC power which needs constant consumption of power as the power conversion is creating losses also at the same time it charges and discharges batteries whereas the ERD is only using the power for charging from the ERD and once the battery is charged it stops so after that no power is being consumed.

The ERD only activates in the battery when the power goes but the Online UPS is always consuming power through the mains and batteries as well to regulate the power to make it a constant voltage which is not required by the lifts.

The switching time in the ERD is less than 3 milliseconds which is enough to take the lift load without any jerk which is a patented technology developed by Su-vastika in India.

Since the lifts don’t have any jerks so the ECU is connected through the RS485 at the back of the ERD system and which gives a signal inside the lift to tell the passenger traveling in the lift whether he is using mains power or battery power and in case of a low battery of lift the lifts are stopped at a floor and doors are being opened and lifts don’t work after that.

The future is secure with ERD

The ERD technology has the future capability of solar compatibility as the external solar charge controller can be added to the ERD system which will allow the normal ERD backup system to solar based ERD system which can run the lifts and elevators completely on solar power and save the substantial power bills. 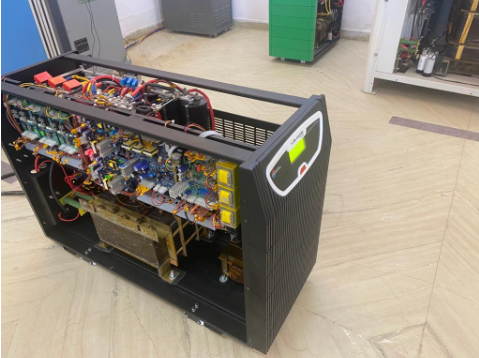 Innovative power storage solutions provider Su-vastika from India holds a patent for a system and method for providing backup to a consumer-friendly LIFT/Elevator.  Its state-of-the-art Emergency Rescue Device (ERD) provides 15 minutes to ten hours of power backup for essential devices such as elevators and escalators.

ERD is clearly way ahead in terms of efficiency and reliability when it comes to providing uninterrupted backup.

What Kills Your Car Battery Fast?