The old adage “never judge a book by its cover” is appropriately relevant when it comes to Ms. Hina in Genshin Impact.

Not just because Mrs. Hina he also writes. Instead, it’s because the character is just a fabrication created by Yae Miko to boost sales of “It’s Life”. Her resemblance to Gorou is not accidental either. All this time Gorou has been unconsciously writing like Mrs. Hina when it comes to giving advice to people

While he may not be any wiser when it comes to Ms. Hina, the player knows better. Her only role so far is in Gorou’s Hangout event, and she’s only relevant in a few ways.

The role of Mrs. Hina in Genshin Impact

Since Genshin Impact 2.3, Ms. Hina has only “appeared” at Gorou’s Hangout event, and Itto refers to her in one of his sentences. Besides, it has nothing to do with the plot for Archon Quests or other stories in Genshin Impact.

Its existence can practically be summed up as a cardboard cutout used as a marketing ploy. The vast majority of her “characterizations” come from the path of Secret Identity Gorou Hangout event, and some of it also comes from A Friend’s Path.

The path of a friend

Near the start of Gorou’s Hangout event, one possible route states that Gorou has plenty of letters to respond to Yae Miko. On the route leading to the Friendly Trail, Gorou covers some of the types of answers she unconsciously gives as Mrs. Hina.

At the beginning of that journey, Gorou says:

To be honest, I obviously don’t want any soldiers under my command to leave. But if I force them to stay, it hurts … how do my actions differ from the Vision Hunting Decree? I guess I’ll answer … ‘Island Narukami has changed. He should come back and visit. “

The soldier he is talking to is Hiroaki, and he unknowingly encourages him to leave. Hiroaki later says:

“Thanks to Mrs. Hina’s encouragement, I finally had the courage to talk to you about it.” 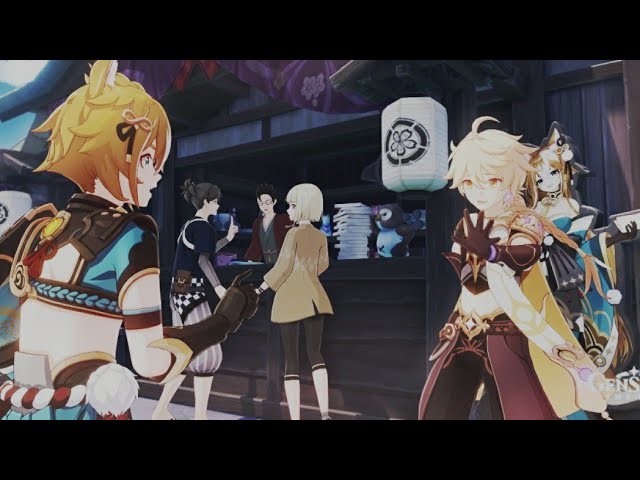 On this route of Gorou’s Hangout event, the player communicates at several points with Ms. Hina’s fan club. For example, one member states:

“We can all testify to the great joy that Mrs. Hina has brought into our lives. But my friends, there are so many people in this world who still need Mrs. Hina’s salvation.”

Several other members of the fan club share a similar feeling. Their admiration eventually leads them to take a few pictures with Gorou, who is incredibly reminiscent of Mrs. Hina.

The whole situation is comical, because it ends with Gorou not finding out the truth. Still, players going through this time in the game should be blissfully aware of Yae Miko’s latest trick. It is not known if this character will return in the future, but it is worth noting that she is currently exclusively a marketing ploy.