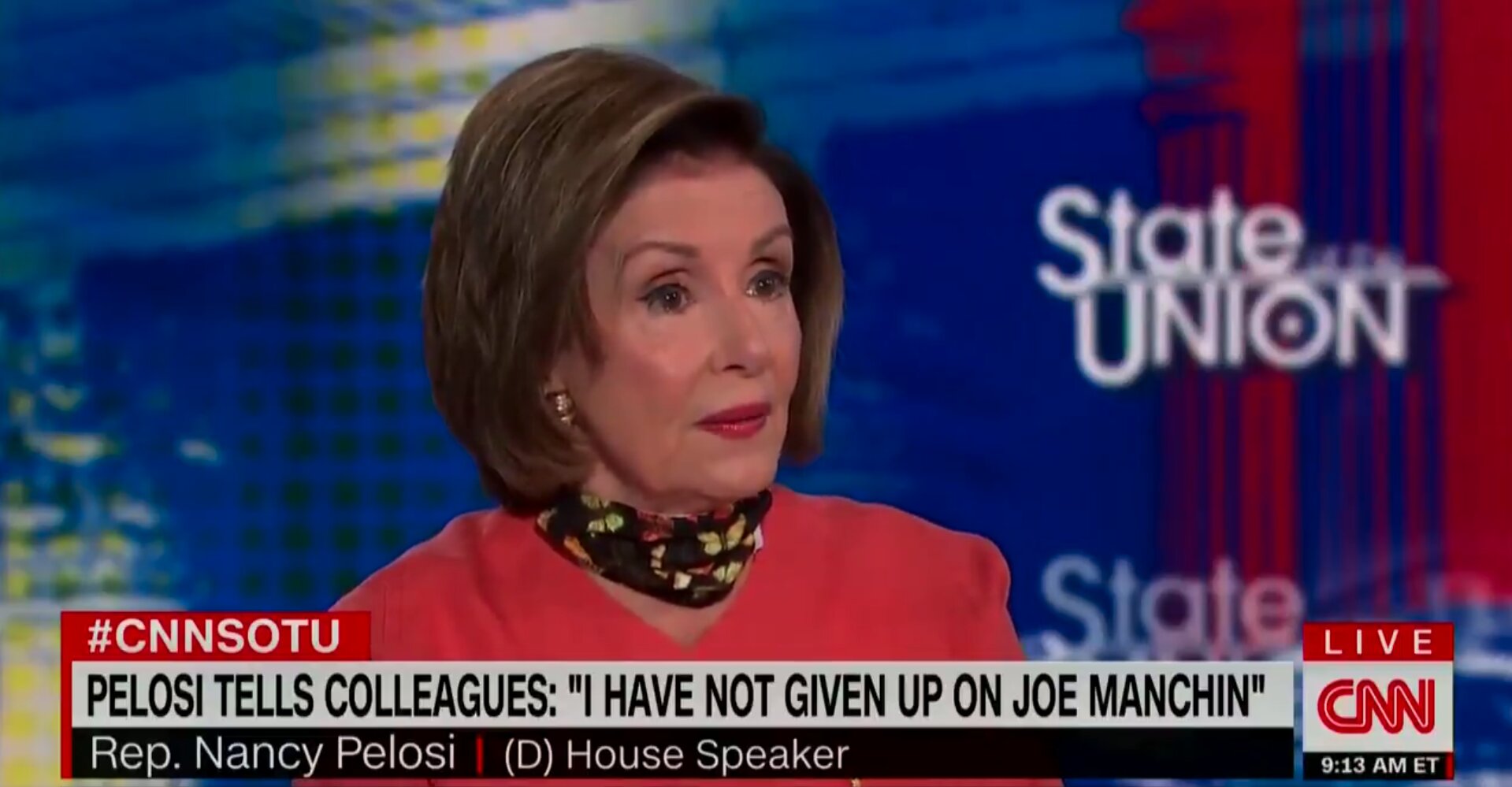 House Speaker Nancy Pelosi (D-Calif.) Remains hopeful that Sen. Joe Manchin (DW.Va) will support the democratic bill for electoral reform despite its public opposition to it.

In an interview with CNN’s “State of the Union” on Sunday, Pelosi said he read Manchin’s op-ed in which he said he would vote against the For the People Act, but he doesn’t view his comments as a waiver of opportunity that may be for the bill if it is changed.

“I read the op-ed … I think he left the door open, I think it was silence,” Pelosi said.

Host Dana Bash asked if Pelosi had a little knowledge of Manchin’s thinking that other Democrats don’t.

He said, “I don’t know for sure about it. But I know he has certain concerns about the law that we might realize. “

Bash stepped in to ask if Manchin’s opposition was “satisfied”

“I think so. Like I told him, you left the door open and we’re going in,” Pelosi said.

Nancy Pelosi said she contacted Joe Manchin about HR1 and believes there is still a possibility he will support it pic.twitter.com/Kv5H2i7oQ7

Pelosi’s comments came a week after Manchin wrote in an op-ed that he would vote against the For the People Act, as Reported by IJR.

“The right to vote is essential to our American democracy, and protecting that right should not be about party or politics. At least, protecting this right, which is a value I share, is not should be done in a partisan manner, ”Manchin wrote.

He continued, “Unfortunately, we are now witnessing that the fundamental right to vote has become openly politicized. Today’s debate about how best to protect our right to vote and to conduct elections, however, is not about finding common ground. basis, but finding partisan advantage.

Finally, he said, “I will vote against the For the People Act. Moreover, I will not vote to weaken or remove the filibuster.”

Manchin met with civil rights leaders after his op-ed but said remained contrary in law.