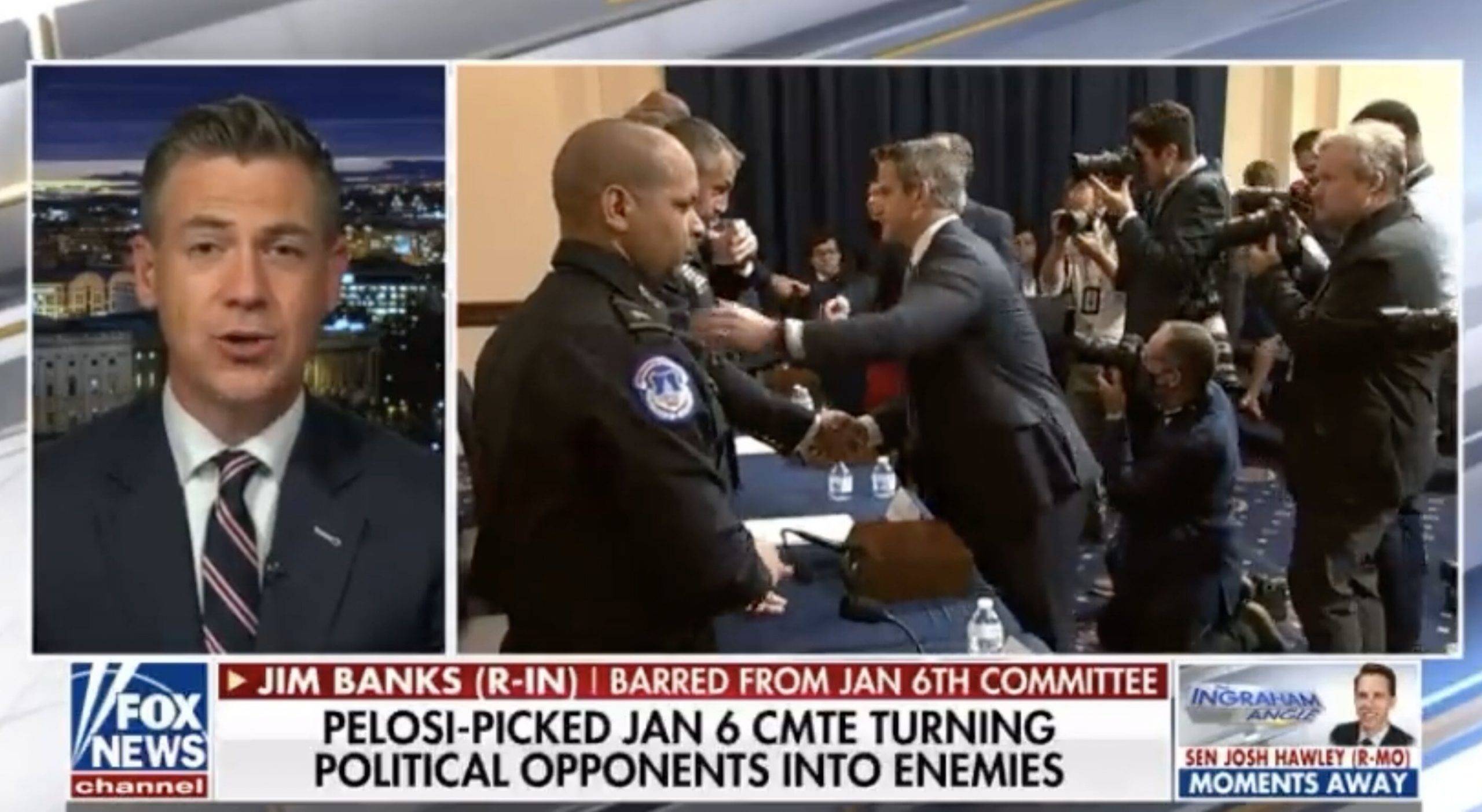 Reps. Liz Cheney (R-Wyo.) And Adam Kinzinger (R-Ill.) I don’t want Republicans to be in control, according to Rep. Jim Banks (R-Ind.).

In an interview with Fox News, Banks criticized Cheney and Kinzinger, who were appointed to a select committee investigating the Jan. 6 riot at the U.S. Capitol.

“The members of Congress who were elected to go to the chamber were elected. The Republicans, along with Liz Cheney and Adam Kinzinger, by the way, those two don’t want the Republicans to win a majority next year. , ”Banks said Tuesday.

He added, “They want Democrats to stay in control, and American citizens should remember, especially Republicans in their states and their districts, knowing that these two would prefer Nancy Pelosi to stay in power and advance the radical Democrats their socialist. agenda than the Republicans who won the majority to save our country. ”

Watch part of his interview below:

House Speaker Nancy Pelosi (D-Calif.) forbidden Bank and Rep. Jim Jordan (R-Ohio) from serving on the committee. Banks shared why he believes he was rejected from the committee in an interview with Fox News on Sunday, as Reported by IJR.

“It is clearer than ever that Nancy Pelosi is not interested in the investigation. He is only interested in a narrative, ”he said.

Banks added, “He claims the reason he fired me from the committee was because of nonsense on the part of Jim Jordan and I. Come to think of it, what I realize what he means right now is we’re willing to ask that did not another ask and ask for answers as to why Capital was vulnerable to an attack on January 6? ”

Jordan also responded to Pelosi’s decision to remove him from the committee on Tuesday.

“Why not help too much there that day? And the only person who can answer that question is the Speaker of the United States House of Representatives. And I think he thought we would continue to promote that question … and that’s why he didn’t put me, ”Jordan told Fox News.

Republican Governors Speak Out Against New Mask Directives: ‘Not Grounded in Reality or Common Sense’