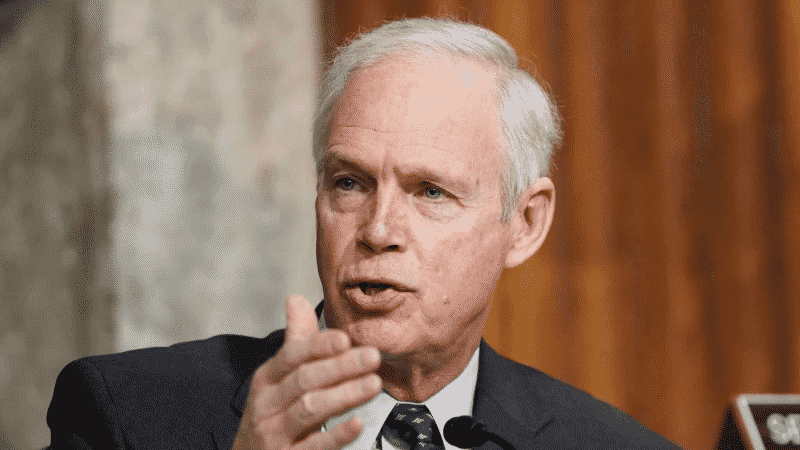 Sen. Ron Johnson (R-Wisc.) Suggests that he may have felt threatened by people rush the U.S. Capitol on Jan. 6 if they were Black Lives Matter protesters and leftist “antifa” activists.

Speaking on the podcast “The Joe Pags Show,” Johnson touched on the chaos at the Capitol that occurred last year on the day Congress confirmed the President Joe Biden’s election victory.

“I was also criticized because I made a comment on Jan. 6 – I didn’t feel intimidated, because I didn’t,” he said on Thursday.

The Republican lawmaker continued, “Even though the thousands of people marching on the Capitol are trying to force people like me to vote the way they want me to vote, I know those are people who love the country. this, who really respects law enforcement, has never done anything to break the law, so I’m not worried. ”

The senator went under criticism for those remarks, including from Jessica Floyd, president of the 21st Century Democratic super PAC American Bridge, who said, “Senator Johnson’s remarks are racist and unacceptable “There is nothing patriotic about rushing to the Capitol to try to overthrow an election and assassinate elected officials,” according to The hill.

“It seems to Ron Johnson, simply being Black is a bigger offense than launching a violent rebellion,” Floyd added. “Ron Johnson is a disgrace to the United States Senate and the state of Wisconsin. He needs to resign immediately.”

Johnson first found himself making headlines after he read a piece from The Federalist during the Senate hearing where he raised claims “Provocateurs” and “fake Trump protesters” planned an uprising on Jan. 6.

He later told The New York Times in defense of the rise of those statements, “I think it’s important, if we’re going to get the whole truth, to understand exactly what happened, we have to look at different point of view, different perspectives. “

“It may be a flawed part of the evidence, but why not include it? Just because it doesn’t necessarily tie into any narrative that other people want to say about the day? I’m not interested in narratives, I’m interested in the truth,” Johnson added.