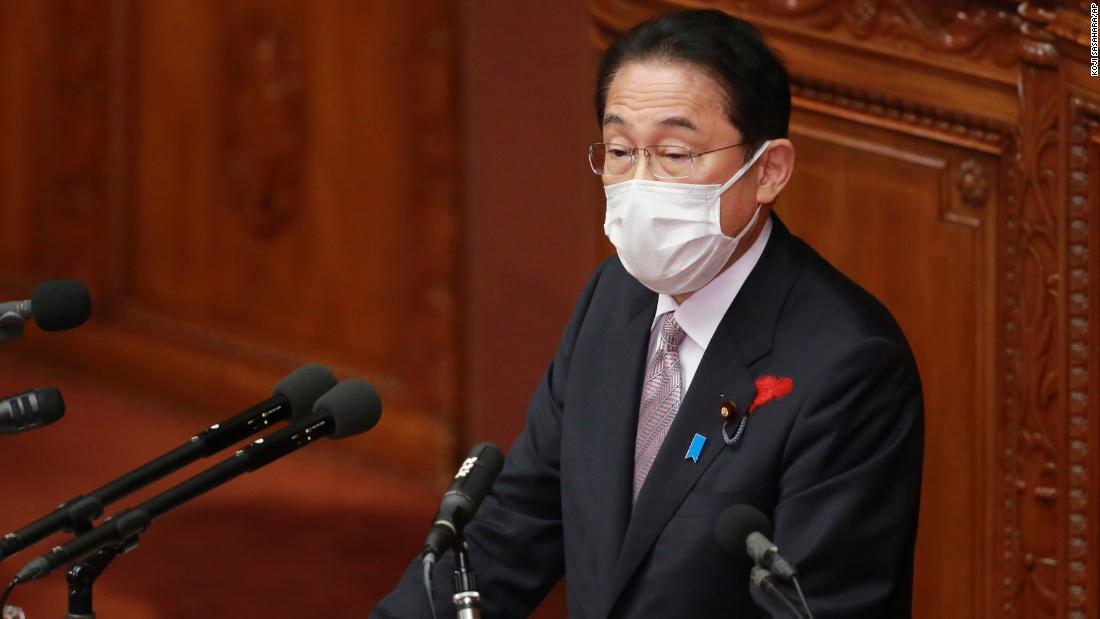 The vote, to be held on October 31, will be Kishida’s first major test after winning the ruling party’s leadership elections on September 29 and was officially named Japan’s 100th prime minister on October 4.
Local media have suggested that the Liberal Democratic Party, led by Kishida, in government, hopes to take advantage of the recent national decline of Covid-19 cases to generate support for the party.
The former prime minister, Yoshihide Suga, did not participate in his party’s leadership race, after a turbulent term marked by a drop in public support as he struggled to contain the coronavirus.
Kishida is pushing for what he calls a “new capitalism.” He has promised to raise wages for the middle class and implement one economic stimulus package worth at least $ 290 billion to revive the world’s third-largest economy, Reuters reported.

He pledged to bolster the Covid-19 government response and said Tuesday it would provide free vaccine booster shots as early as December.

The prime minister has also pledged to promote a free and open Indo-Pacific amid growing tensions with China and North Korea.

Bali is already open to tourists from 19 countries