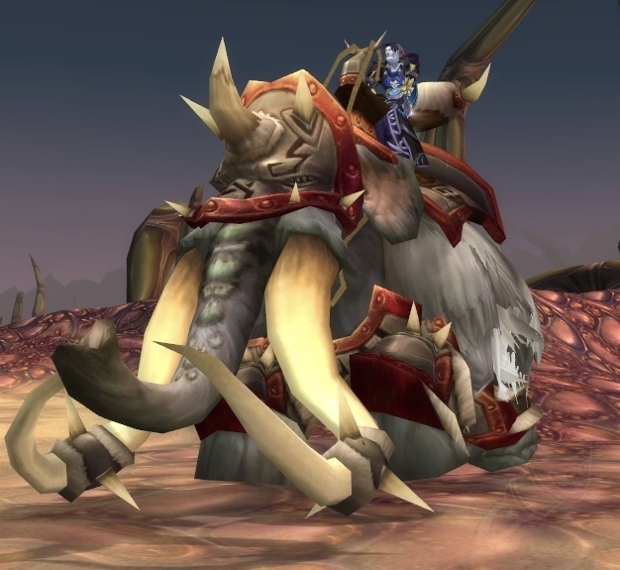 In World of Warcraft: Wrath of the Lich King Classic, there are many ground mounts that are popular with players, and mammoths are one of them. But the price of this kind of mount is also relatively expensive among all mounts.

In simple terms, you can get a mammoth mount in two ways. The first and easiest way is to buy directly from Mel Francis in Dalaran using World of Warcraft WotLK Classic gold. But you need to ensure that you have at least thousands of gold before you can afford the mount. If you want to get a lot of WOTLK Classic Gold quickly, IGGM.com is your best choice. If you don’t want to spend a lot of money, you can also choose to get the Ice Mammoth from The Sons of Hodir.

The Sons of Hodir belong to a faction of frost giants. To find them, you need to go to Dun Niffelem, which is in the eastern part of Storm Peaks. Because they all live there. In addition to the mounts mentioned above, you can also buy Shoulder Enchants and recipes from them. However, The Sons of Hodir is xenophobic and hostile to all players who are not part of their faction. So whatever you want to buy from them. You have to eliminate their hostility first, and increase their favorability for you.

Reputation in WotLK Classic is divided into several levels. And the improvement of reputation is not achieved overnight, but needs to be improved level by level. 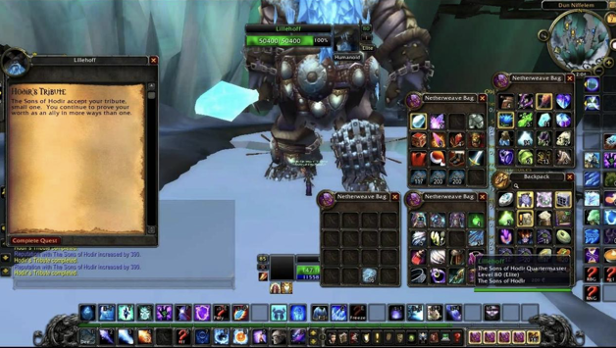 From Hated To Neutral

First, you need to clear all the major quest hubs in The Storm Peaks. The main hubs include Frosthold and Bouldercrag’s Refuge for Alliance players, and Grom’arsh Crash Site, Camp Tunka’lo and Bouldercrag’s Refuge for Horde players. If you want to save time, you can choose to do this during the upgrade process. Once you clear all the hubs, you are eligible to unlock the first quest called They Took Our Men!. If you want to officially claim the quest, you first need to find Gretchen Fizzlespark from K3. At the same time, you must also increase your character level to level 77.

Once you’ve unlocked the They Took Our Men! quests, all you need to do is finishing them. This quest begins with a chain that consists of two dozen quests and ends with Sibling Rivalry. It’s worth noting that some missions like Equipment Recovery and The Slithering Darkness are optional. But my advice is to play, because completing these quests earns a reputation with The Sons of Hodir.

Because the premise of buying the Ice Mammoth is that your favorability level must reach the Revered of the faction to which The Sons of Hodir belongs. Therefore, in the long run, the accumulation of each point of reputation is very important to you.

When you complete Sibling Rivalry for Thorim, you should make sure that The Sons of Hodir’s favorability for you remains at Neutral so that you are eligible to start the second half of the quest chain.

From Neutral To Honored

The task chain in the second half is a bit shorter than before. Starting with Thorim, in addition to some simple Mending Fences quests, you’ll need to kill a bunch of Stormforged Giants. These giants are mainly located in the east of Dun Niffelem. 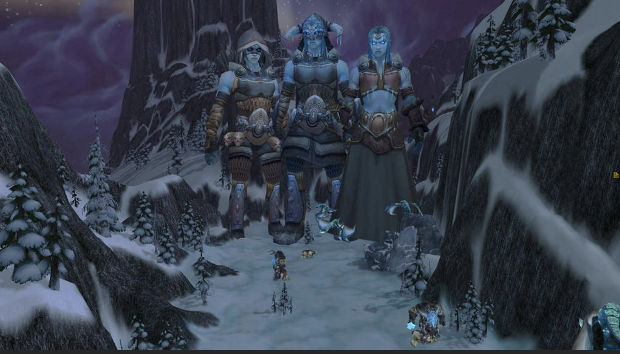 It’s worth noting that as you kill these giants, you must keep an eye out for an item called “Slag Covered Metal” that drops from them. The reason this item is so important is because you need it to start a quest called The Refiner’s Fire. However, this item is a probabilistic drop, so you need to keep killing Stormforged Giants until you get the item.

When you’ve completed all Thorim’s quests, you can head to Dun Niffelem to find The Sons of Hodir. To gain favor with these factions and be Honored with them, you need to complete all the quests they assign, including side quests. When your reputation with The Sons of Hodir increases from Neutral to Honored, you’ll be eligible to buy some useful items from their quartermaster named Lillehoff. But as of now, you still can’t get the Ice Mammoth mount.

From Honored To Revered

The final step in getting a mount is to increase your reputation with The Sons of Hodir from Honored to Revered. Since all the regular quests have been completed by you before, all you can do now is to set off from Dun Niffelem every day and complete the following five tasks: 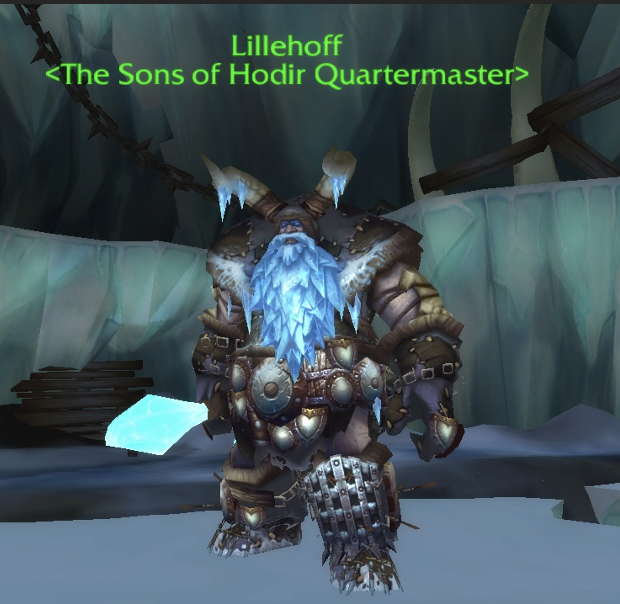 The above tasks are undoubtedly very time consuming. So if you want to increase your reputation faster, you can also submit the following two types of items to The Sons of Hodir:

It’s worth noting that Everfrost Chips are only randomly spawned on the ground throughout Storm Peaks, so it’s not easy to find them. Also, you will only have a chance to get Sons of Hodir Commendation Badges by completing Archmage Timear’s daily dungeon quest in Dalaran.

The Reins of the Ice Mammoth can be purchased by paying Lillehoff for 850 WOTLK Gold when you are revered by The Sons of Hodir. If you are Exalted by that faction, you can also get some discounts, and you can get the mount for only 800 WotLK Gold.

From Revered to Exalted

If you would like to continue purchasing the Reins of the Grand Ice Mammoth, please continue to complete the daily quests mentioned above and turn in the items required for The Sons of Hodir. Once you are Revered by The Sons of Hodir, and hand them Relics of Ulduar, you will know how to reach Exalted, the highest attainable ranking.

To get Relics of Ulduar, you can do it in several ways. First, you can loot the item by killing most mobs in Storm Peaks and mobs in dungeons. Second, you can farm the item by running Halls of Stone and Halls of Lightning. Third, you can buy this item directly from the Auction House with WoW WOTLK Classic Gold. Whichever method you use, just make sure you have ten Relics of Ulduar and hand them over to The Sons of Hodir, and you’ll gain 500 reputation. 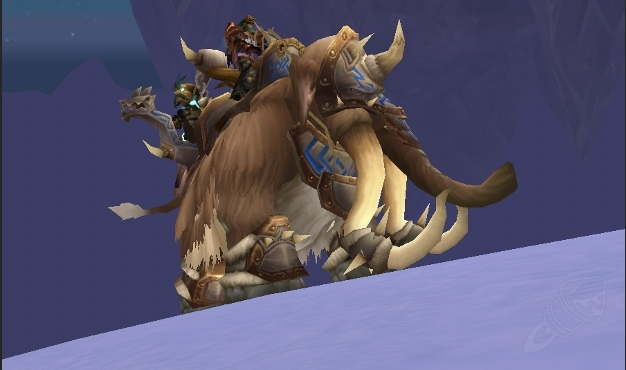 The Traveler’s Tundra Mammoth in Wrath of the Lich King Classic has the same functionality but costs twice as much. Do you think the Grand Ice Mammoth is more cost-effective in this comparison?