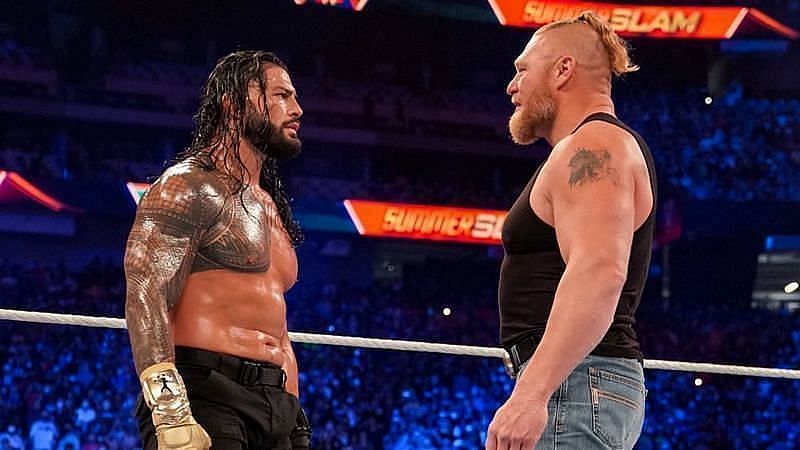 WWE veteran Dutch Mantell recently highlighted the problem of rivalry between Brock Lesnar i Roman Reigns. He said it is unlikely that their match at Crown Jewell will have a clean ending based on creative planning for Roman.

Dutch Mantell sat with Rick Ucchin and Sid Pullar III in the latest issue of Smack Talk on Sportskeed Wrestling’s YouTube channel. The trio reviewed last night’s episodes of SmackDown and AEW Rampage. Here is what Mantell said about the upcoming match between Lesnar and Roman Reigns.

“If Rome wins [Lesnar], I think it will have some wild stain or some kind of thing and leave it open. I think people will go for it if they have another chapter with Paul Heyman. From [Lesnar] is the biggest guy they had to challenge Roman, they won’t let him go out right away and beat him, where they are going now. [As] fan, they’d like to see it, a clean ending, but for creative sitting in the back they say “What the hell”. What do they have to go [after Roman Reigns vs. Brock Lesnar]”said Dutch Mantell.

Reigns has beaten almost all the leading stars on the current WWE list. So Mantell believed that coming out with a worthy challenger for him after Lesnar would be a problem.

In the video below, you can check out Dutch Mantella’s thoughts on last night’s episodes of WWE SmackDown and AEW Rampage.

Last year, Roman Reigns returned to the WWE at the SummerSlam and set up Bray Wyatt, the then universal champion. A week later, Reigns won the title by defeating Bray Wyatt and Brown Strowman in a triple threat match at WWE Payback.

Reigns has been the champion for more than 411 days. However, he will face his biggest challenger so far in the form of Brock Lesnar. The two are scheduled to clash at Crown Jewel next Thursday.

It will be interesting to see where the story leads from here as Reigns has beaten every major candidate in the WWE at this point. Who do you think could be next in line for the Universal Championship? Share your thoughts in the comments section below.