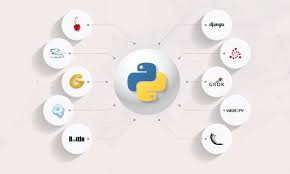 Web development is the number one growing industry in the 21st century and that is not a coincidence. Since everything around us digitalizes over time, it is not an understatement when we say this is one of the most challenging and widening fields to participate in.

Web development as we know it, applies to creation, construction and maintenance of a website. It includes facets such as web design, programming and database management. It practically means creating an application that works over the internet.

As this industry grows and expands to an enormous ratio, so do the online platforms teaching it. This has made the user’s choice more difficult than ever before, so if you are interested make sure you choose from the best online learning platforms.

The standards of web applications are changing and expanding therefore frameworks have become a fundamental part of web development. These frameworks are pre-written templates allowing you to sustainably create without having to reinvent the techniques. Moreover, web development consists of frontend and backend development.

Now, according to the annual Stackoverflow survey, let’s see which frameworks are most popular among web developers worldwide.

React is currently the most used framework for frontend web development. This framework was the first to embrace component-based architecture that many others took on. Developed in 2013 by Meta, it is an open-source framework maintained by many developers worldwide. What attracted our attention is that React.js supports virtual DOM which makes it brisk and efficient. It is a beginner friendly framework yet it can be also used to create high-end applications.

This framework specializes in creating abundant single-page applications. Developed by Google in 2010, Angular is one of the best frontend development frameworks. The unquestionable prons from this framework are that model and view can be synchronized in real time and that different code components can be developed separately. Although it is not beginner friendly it can be used to create client-side friendly apps.

jQuery offers a simpler syntax and can be easily used instead of other frontend frameworks. It was launched in 2006 by John Resig and it is being developed to this day. jQuery is an open-source Java Script library that mainly changes the DOM and CSS providing a better function and updating elements on the website. More advantages of using jQuery is that it has a comprehensive documentation and that HTTP requests can be easily made.

This framework has kept the number one spot for a long period of time due to its exceptional performance, robust feature set and remarkable design. It is an open-source backend framework that provides plenty of key features for web and mobile development. Functioning on Java, one of the crucial programming languages, it is preferred by many backend developers across the globe. More specifically with around 23% of backend developers worldwide from last year with expected increase in 2022.

Being released in 2016, ASP.NET Core became Microsoft’s signature backend framework development. It is a popular framework which helps building dynamic web applications for mobiles and personal computers. This is a cross-platform technology that supports deployment and development across Windows, macOS, Linux etc. ASP.NET Core is a high performing framework with outstanding resources and is on the top of the list of the most evolved backend frameworks.

Flask is a backend microframework written in Python. It is called microframework due to its independence from external libraries. It is easy to get started with because of the little boilerplate code for getting a simple app up and running. It was designed and developed by Armin Ronacher in 2010, and became widely popular as an alternative to other backend frameworks due to their dependencies. Flask is used by many rapidly growing companies such as Airbnb, MIT, Netflix, Reddit etc..

What is the essence of the SYPWAI artificial intelligence training project?

E-Wallet Development Companies: How They are Disrupting Financial Technology