Abandoned villages (also known as zombie villages) are a rare occurrence in Minecraft. Those villages are completely neglected and empty, and all the previous inhabitants have turned into zombie villagers. Assume that these villages were flooded with zombies, turning the once busy city into a barren wasteland.

As can be seen in the picture above, abandoned villages have obvious visual differences compared to ordinary villages. The first thing the player will notice are the intrusive cobwebs that cover every structure found in the village. These villages have clearly been abandoned for a very long time.

Everything players need to know about abandoned villages in Minecraft

Specifically, in the Java edition, an abandoned village has a 2% chance of spawning instead of a regular village. This chance has been significantly increased to 25% -30% in the Bedrock edition. The reasons for this are unclear, but this can be a blessing or a curse, depending on what the player is looking for.

Characteristics of an abandoned village

Abandoned villages have some unique characteristics not seen in regular villages. These features are: 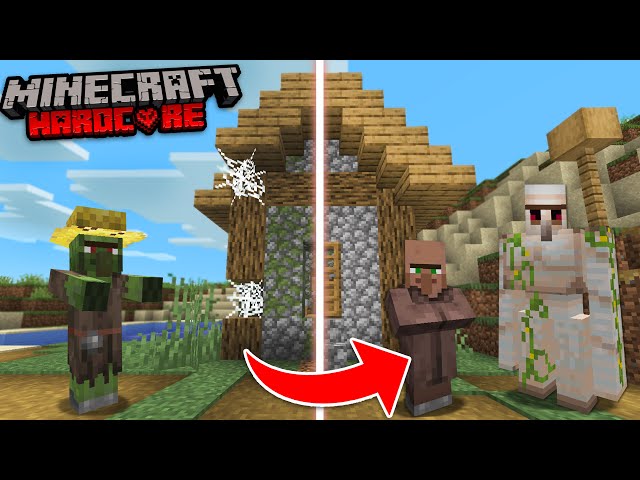 The video above shows Minecraft YouTuber (PaulGG) who decided to return the abandoned village to a regular village.

Also read: How to install a resource pack for Minecraft Java and Windows 10 Edition

Related Topics:FeatureHow to Cure a Zombie Peasant in Minecraft |MinecraftMinecraft VillagerZombie Villager Minecraft
Up Next

When will John Cena win his seventeenth World Championship?