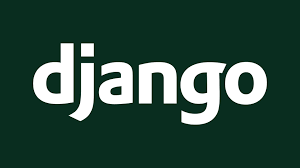 Like the hero of a famous movie, the Django web framework is an incredibly nimble and powerful tool to get things done. This is not a guy from the Marvel Universe who helps everyone with a minimum of actions: his favor must be earned. In other words, only those who are ready to suffer a little and fill bumps during training will achieve success, and you can provide great Django development services.

However, this does not repel users, but rather attracts them more and more. Why? Let’s figure it out.

Python has an incredibly simple syntax, a minimum of service symbols, and obvious program constructions. All this makes it one of the most frequently recommended languages as a first language.

Also, unlike PHP, Python is a general-purpose language that extends far beyond the web. You can always add some math, statistics, graphics, and even AI to your application – all popular web languages ​​are deprived of all this.

Yes, it may be really hard for you at the first stages of training. Even mastering the basic features of Django will take several dozen hours. However, after getting started, you will gradually begin to understand how much easier it is to use Django to create typical web page elements: lists, sitemaps, user authentication, and much more. Once you get the skills you need, you can easily replace once huge blocks of code with just a few lines.

Django is an open-source project with all the benefits it entails. This means that this framework is convenient to use in startups and small companies – where the speed of implementation of the idea and its cost are of paramount importance. And of course, an open-source project is an obvious choice for a beginner who does not want to train on truncated versions of commercial products instead of immediately taking on a ready-made earning tool.

Django is one of the most popular web frameworks: there are almost 65,000 running sites developed on it in the network. Of course, such popularity means a huge number of communities where a novice and already working programmer can get help.

Also, Django has some really cool literature included. The theory is described in sufficient detail, there are “tutorials”, examples, technical information – in general, everything that a developer may need.

Django, thanks to the built-in tools, does an excellent job of creating high-load sites like SoftFormance does (https://www.softformance.com/). This is important because almost 20% of the sites created using this framework belong to the business sector. In addition, using Django it is effortless to increase the complexity of a web resource, starting with a one-page business card and increasing functionality as demand increases.

In addition to the fact that Python itself is a more reliable language for a beginner than PHP, Django also has many built-in tools to ensure user safety. We have already written about the presence of a quickly embedded authentication system that can be easily screwed into the site. There are also checks for popular errors: SQL injection, request forgery, clickjacking, and cross-site scripting.

No, of course, developing resources in Django is not a guarantee of security, but it is definitely a good tool for ensuring it.

We will not say that all job exchanges are inundated with offers for a lot of money to develop a site on Django. In essence, the tools of the performer are not relevant to most customers. But Django is one of the best ways to quickly and efficiently create an online store or a web blog, which means that you can use it to get many orders both for making money and for building a portfolio. Thus, knowledge of Django is practically a guarantee of successful employment in the IT world.

If we talk about specific numbers, then this is over 1000 vacancies on and more than 200 freelance projects on Upwork.com. These figures clearly demonstrate the interest of employers in specialists working in Django.

The hero of the film “Django Unchained” has come a long way from a slave with scars on his back to a cowboy on a prancing horse. Python and Django can take you on a similar adventure: from a simple user to a true creator of the web. The point is small – to show the appropriate will, and diligence, and earn a little luck. After all, even the same Django could not cope without it.