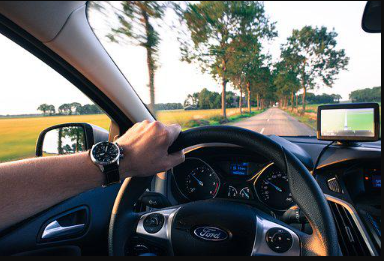 This year has witnessed a lot of innovation in the electric car industry as electric cars are available in four-wheel drive, sedan, coupe, and crossover. Electric vehicles have gained popularity in the UAE thanks to all the technical and technological advancements.

Electric cars have been around since the early 1900s, but only recently have they begun gaining traction. Some of the biggest manufacturers in the world are investing heavily in developing their electric vehicles.

Among the most wanted electric cars in the UAE are the Nissan Leaf, BMW i3, and Toyota Prius Prime. There are also some new models from Volvo, Mercedes, and Jaguar. And even though these vehicles are not quite ready for prime time, they show a strong commitment to advancing sustainable transportation technologies.

But we can’t talk about EVs without talking about Tesla.

The Tesla Model 3 is now officially the top-selling E-car in the world.

In 2015, Tesla became the most valuable American car maker, valued at $61bn. The electric car manufacturer has since become a household name, and the company plans to sell its cars on every continent in the next decade.

In the UAE, the Tesla Y 2022 is one of the most wanted in the auto market due to its spacious interior (a sedan that can take up to 5 passengers), performance, and safety standards.

Tesla Y 2022 is a 100% electric compact SUV that comes in two models: Long-range and Performance. Besides, all-wheel drive is standard. The Model Y appeared in 2020. Broadly unchanged for the 2022 model year, it is now longer, wider, and taller than the sedan. Plus, it offers more interior space and a tailgate to access the trunk.

In terms of specs, the vehicle has a dual motor with two power outputs, an 82 kWh battery pack, and about 500 km range. Like the other models, Tesla Y has an autopilot driving mode where you can see yourself in the driver’s seat while reaching your destination. The all-electric powertrain should provide up to 390 hp and 472 lb-ft (645 Nm) torque, along with a 0–100km/h in less than five seconds and a top speed of 217 km/h. Pretty fast, right?

In a nutshell, it is one of the most powerful cars with a high car valuation in Dubai among Evs.

The company has also confirmed that it will offer both front and rear jump seats for the first time. Tesla says that they’ve made the seats an integral part of the car’s design rather than something bolted onto the vehicle. That means that the seats won’t block any windows.

With the release of the Model Y, Tesla has finally started making money again after years of losses. The company reported a profit of $2.8 billion last quarter. However, Elon Musk still believes that there is room for improvement. He said he wants the Model S and X to improve by adding features like heated seats, improved cameras, and many other things.

The Model Y can boast a maximum range of 300 miles (482 kilometers), about half of what you get in a regular Tesla. But if you want to travel long distances, Tesla recommends using Superchargers, which allow your Model Y to charge up to 80 percent of its capacity in just 30 minutes.

As for the price, the range is between AED 247,000 and AED 270,000. However, if the thought of “I want to sell my car in UAE and get an electric ride” has crossed your mind, you should know that you are saving a lot when opting for EVs. That is due to the rising number of charging stations across the UAE and the tax exemption.