Among programming languages, Java is among the most ubiquitous and well-known. Even while Java has a ton of capabilities, it yet manages to be straightforward and flexible, allowing developers to pick it up quickly and get to work on java projects with ease. Java is a well-liked option in the programming world since it provides the flexibility of writing code on one system and running it on different machines.

It is also a safe and dependable choice for projects that are intended to persist for a longer period due to the regular upgrades. Java BuzzWords is another name for Java features.

Why Is Java Such a Hit?

The platform independence of java development services is the primary justification. Because of the Java Virtual Machine, programmers who created their software on one platform can now execute it on any other platform or operating system, regardless of the underlying configuration. In other words, Java adheres to the WORA principle, which stands for Write Once Run Anywhere. In addition, Java offers protection against the threats of virus infection, tampering, impersonation, and eavesdropping.

Java also provides the ability to construct several threads inside a single process that operate independently and concurrently. In addition to them, Java’s performance is outstanding. It makes use of a JIT (Just In Time) compiler, which can only compile the method that is being called and not the entire program. This greatly reduces time spent on development and increases its effectiveness. Java has a wide range of applications because of its excellent performance, Java meets KPIs: https://devoxsoftware.com/blog/top-7-kpis-for-software-development/.

One of the first programming languages used to create Android applications is Java. Additionally, it is employed in web and scientific applications. All of these factors contributed to Java’s enormous popularity.

The main motivation for developing Java was to add security and portability to computer languages. In addition to these two key characteristics, numerous more characteristics were crucial in shaping the ultimate shape of this exceptional language. These traits are:

Java is incredibly straightforward to learn, and its grammar is clear, concise, and simple to comprehend. Java is an easy-to-learn programming language because:

A programming language can typically be either compiled or interpreted. Java combines the flexibility of interpreted languages with the strength of compiled languages. The java source code is converted into bytecode by the Java compiler (javac).

The goal of JavaSoft’s programmers was to build a language that would work on any platform. Platform in this context refers to a class of operating system and hardware technology. Java gives programmers the flexibility to create their code on any machine with any configuration and run it on any other machine with a different configuration.

When it comes to security, Java is always the best choice. We can design virus- and malware-free systems thanks to Java’s security features. Java programs are more secure because they always run in the Java runtime environment with essentially no OS interaction. 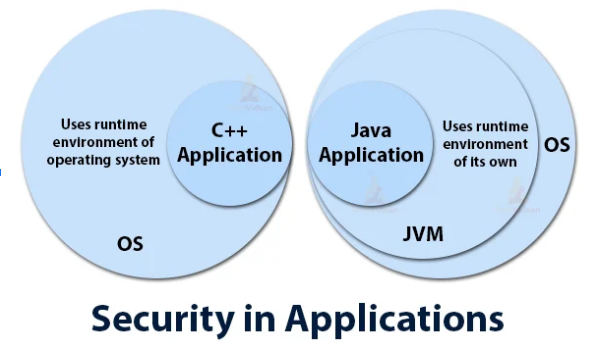 Reliable means robust. The Java compiler can discover errors that would otherwise be difficult to find since early error detection is highly prized in the development of the Java programming language.

Because bytecodes are created by the compiler and are independent of specific computer architectures, Java programs run smoothly on all platforms.

You now understand what characteristics make Java a well-liked and practical programming language among professionals in programming, software development, and data research. Given its malleability, it enables developers to write programs that run on any computer. Programmers can develop scalable and high-performance programs because of the outstanding characteristics of this adaptable programming language. We sincerely hope that this article has aided in your comprehension of Java’s features.

How to Become a Applied Data Scientist With Non-technical Background

Get To Know Easy Dissertation-Writing Secrets And Improve Your Grade.