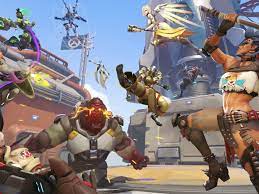 Video game developer and publisher Blizzard Entertainment has announced that they will be bringing out a successor to the popular Overwatch game. It should be released in early October 2022, so what can we expect from this game once it comes out?

The Story of Overwatch

The original Overwatch game was released by Blizzard in 2016 and was a massive success. Described as a hero shooter, it’s in the first-person shooter genre and allows for multiplayer gameplay with six players taking part in each team by choosing from a variety of characters, each with varying abilities.  The publisher quickly earned more than $1 billion in its first year after release, with over 50 million gamers joining the action.

Since then, it has become widely regarded as one of the best video games of all time, winning many awards and becoming one of the most played games in the eSports world. Blizzard has released numerous updates in the past, adding new maps and characters to the game for free. However, they have continued to generate earnings through the optional loot boxes that players can choose to buy if they like.

What Do We Know About Overwatch 2 So Far?

The developer announced back in 2019 that they were working on Overwatch 2 as a sequel to the original game. They also confirmed that it would have a new mode known as PvE, which stands for player versus environment and involves cooperative missions against AI opponents. Another big change is that teams will cut down from six to five, with the option of just one tank instead of two. This has been done to speed up the gameplay and also to make it easier for viewers to follow the action.

Push is a new PvP mode that lets teams compete to try and control a robot, while there are rumors that existing elements of the original game might get dropped for the sequel. Overwatch 2 will be released in a variety of formats on with the cross-platform play, which was added to the original as recently as 2021. It isn’t yet clear how far players will be able to proceed before having to pay for it, but it has been reported that loot boxes will be eliminated and gamers can buy a battle pass instead if they want access to additional heroes and maps.

What Other Games Could You Play for Free?

The free-to-play genre has proven to be massively popular in the last few years, with some reviewers listing Fortnite, Warframe, and Genshin Impact as the top choices. This model allows developers to earn money for their work, but also gives players a way to see how much they like a title before they pay anything, and then decide whether to keep on playing.

These aren’t the only free games currently offered, though. When we look at a list of best casino bonuses we can see offers such as deposit bonuses from Betway and Dafabet, as well as a free-spins deal from Jackpot Guru. These are different ways to play some of their casino games for free, either using bonus funds on any eligible game and meeting the playthrough requirements if players win, or playing the free spins on the slot that the offer is available for.

If you currently pay for the Netflix subscription service, you can play their growing collection of games for free. The latest release is called Poinpy, and it’s available as a mobile game. You control a cute character who shoots up the screen, and you look to collect fruit as you climb endlessly up the screens. The gameplay is fast and furious, with the early reviews suggesting that it should prove to be popular.

Will Overwatch 2 Be a Success?

Given the runaway success of the original Overwatch, it would be a major surprise if the sequel wasn’t a huge hit. The fact that it’s going to be a free-to-play title should also encourage players to give it a try without any hassle. The only real question is whether people will be disappointed because their expectations are too high. This is a problem found with just about any type of sequel, and the developers will be hoping that they’ve done enough to keep their loyal players happy.

We don’t have to wait long to try the new Overwatch 2 game, and it will be interesting to see how many people decide to give it a try, as well as how many of them are persuaded to pay to delve further into the action.

Methods of Promotion and marketing communications in Online Casinos