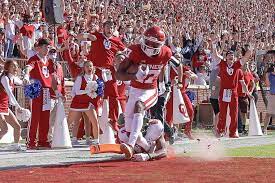 The BIG12 is one of the most interesting conferences in all of college football though. It is very possible that they could have a team in the college football playoffs this season, but they did not last season. The BIG12 will be very different very soon, but everyone is worried about this year first.

The Oklahoma Sooners are ranked this high as the best odds to win the BIG12 championship in college football this season because it is out of respect. They did not win the conference last season. Former head coach Lincoln Riley left in the offseason for the USC Trojans.

Brent Venables was the defensive coordinator last season for the Clemson Tigers under Dabo Swinney. He now gets to lead a football program and recruit his own players for a change. Oklahoma will always have talent, it is just a matter of how games they are going to win this season though.

A lot of college football predictions have Oklahoma winning the BIG12 conference, but it is not going to be easy for them. They will be able to score points, but will they be able to stop anyone from scoring though?

The Texas Longhorns have the second-best odds to win the BIG12 conference in 2022. They have been recruiting like crazy for the future under head coach Steve Sarkisian. Quin Ewers will be the starting quarterback this season for Texas before Arch Manning arrives in 2023. Ewers is a redshirt freshman, who transferred from the Ohio State Buckeyes.

Texas might be one of those college football picks against the spread favorites in a ton of games this season though. Is Texas back or not? It remains to be seen.

The Oklahoma State Cowboys have the third-best odds to win the 2022 BIG12 title. Oklahoma State was literally inches away from winning the BIG12 title last season against the Baylor Bears on a fourth-down play though. The Cowboys were also in contention for a potential college football playoff spot.

Oklahoma State’s head coach is Mike Gundy and they have a lot of players returning, including quarterback Spencer Sanders. He will be a senior and is going to be one of the best players in the BIG12 conference this season. Sanders has an outside shot to be in the conversation for the Heisman Trophy though.

The Oklahoma State Cowboys defense was a lot better a season ago and will it be that way for the second consecutive season or not? Stay tuned.

The Baylor Bears have the fourth-best odds to win the 2022 BIG12 title. Baylor won the conference last season against the Oklahoma State Cowboys and also won the Sugar Bowl on New Year’s Day against the Ole Miss Rebels. The Bears have a solid defense and their head coach is Dave Arnada.

Baylor had an elite defense last season and if their offense is just average, the Baylor Bears will potentially be back-to-back BIG12 champions though. The Bears have been put on the map over the last decade as a college football program.

They don’t recruit like the other schools do in this conference, but they are always a respectable and Top 10 football program year in and year out.

The 14 Amazing Benefits of Doing Sports