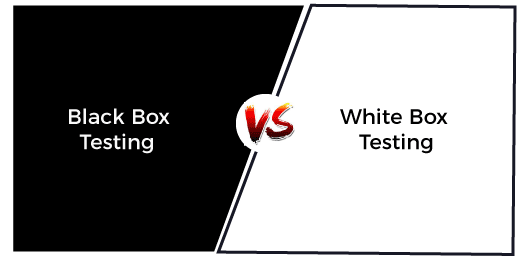 The development process is not complete without software testing. It ensures that the software will function perfectly, without any bugs, and will improve user experience. Any of these elements that are released into the market without being examined beforehand can endanger the developer. Nobody would purchase software that wasn’t functional. Therefore, the greatest option to prevent all of these errors is software testing, which comprises a number of ways. Black Box Testing as well as White Box Testing are the most well-known of them all. Despite their widespread use, choosing between the two might be challenging due to the significant differences between black box and white box testing.

In order to clear up any misconceptions, we are highlighting the principal differences between black box and white box testing. Even though it takes a lot of resources in terms of time and money, software testing is completely worthwhile. If used from the beginning of the project, it will save time by catching errors early and preventing last-minute code updates. Let’s discuss black box vs. white box testing without further ado.

White Box Testing: What Is It?

A security testing method called white box testing, often referred to as transparent box or glass box testing, allows the tester to see the inside code. It largely focuses on enhancing security, confirming the inputs and outputs via the program, and enhancing the software’s usability and design. In order to confirm the software’s intended and unexpected behavior before it is put into use in a production setting, testers may investigate coding conventions, data flow, information flow, control flow, and error and exception handling inside the system by using white box testing.

Before releasing the program, you should carry out thorough security testing to assist you avoid security problems that might subsequently impair the application’s operation. Any program may have severe or small security issues, depending on the risk profile of the online application.To determine the security levels of software, the first step in white box testing is to study the source code, accessible design documents, and other pertinent development artifacts.

In order to develop test cases that exploit software, testers need also have the ability to think like an attacker. Third, in order to properly test software and online applications, testers need to be knowledgeable about the various approaches and tools available for white box testing.

A variety of testing methods are used in “white box testing” to evaluate the security and usability of code, a program, or any particular software package.

As a software developer, let’s say you create some code, a single object, or a function and you want to know whether it is working correctly. Before moving on to the next part and continuing to code, you unit test the code to make sure it functions properly.

Early in the software development life cycle, unit testing aids in the speedy detection of security issues. You can quickly address security flaws in your program if you can spot them early on via testing.

A software application’s possible memory leaks may be found through white box testing. When software or applications are operating slowly, a skilled quality analyst (QA) who can spot memory leaks is crucial.

Let’s now magnify on some of the advantages of white box testing::

Here are some of the disadvantages of white box testing.

Black Box Testing: What Is It?

Regular security testing operations always include black box testing. It is a high-level security testing approach that seeks to assess the application’s security without actually examining the software’s fundamental structure. The internal architecture of the program under test is known to the testers in white box testing, but not in black box testing. As a result, they could overlook security flaws in the program since they do not completely comprehend its flow or what the code is doing (as in white box testing).

In “black box penetration testing,” the testers may carry out the test exactly as an attacker would. In this approach, while the software program is operating in a real-world setting, testers might find security flaws. The black box pen test primarily aids in identifying a variety of security flaws in a software solution, including server misconfiguration, input or output validation errors, and other potential runtime concerns.

There are many forms of black-box testing among these:

In addition to this, there are black-box testing methods like:

Let’s now look at some of the key advantages of black box testing.

Here are some of the disadvantages of black box testing.

In this section, we will magnify on some of the key differences between black box and white box testing:

Although they vary greatly from one another, both are crucial components of software testing. One is used for testing on the exterior, while the other is used inside.

The various browsers, browser versions, devices, and operating systems must all be taken into consideration while doing black box testing as well white box testing. It guarantees that your software programs function flawlessly in all settings. Using a cloud-based testing platform like LambdaTest, you can perform both White Box Testing and Black Box Testing. Instead of buying each browser, device, and OS for your target audience, using LambdaTest would be a smart solution that organizations must consider.

With the help of LambdaTest’s real device cloud, a QA engineer may run manual and automated tests on more than 3000 real browsers, devices, and OS systems. As a result, you may examine how your website or app appears and functions across various browsers, gadgets, and operating systems. You receive faster test execution and quicker developer feedback with LambdaTest test automation cloud. Consequently, the total expenses associated with discovering problems at a later stage of software development are reduced.

Guide in Choosing Window Blinds for Your Kitchen