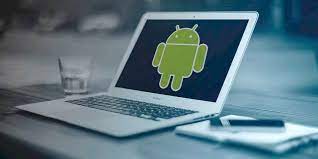 Android – Why would someone not enjoy this platform? It is readily expanding, completely free, and accessible not just on your phone or tablet but also on your wristwatch, TV, and automobile. The most recent Lollipop version shows that Android programming is becoming better. Since the first AOSP release, the platform has significantly evolved, raising the bar for user expectations. Numerous devices exist, each with a unique screen size, chip architecture, hardware setup, and software version. Sadly, segmentation is the cost of openness, and even if you’re an experienced Android developer, there are many ways your app might fail on various devices. This is where Android Emulators come into the picture.

Despite such extensive segmentation, logic mistakes really introduce the bulk of issues. As long as we follow the fundamentals correctly, these issues are readily avoidable! Continuous testing is required from Day One for bug-free releases. Developers in Continuous Delivery sometimes lack the time and resources to test each function on a wide range of actual Android devices. They make use of Android emulators as a solution. You may depend on the tool to the fullest degree while testing your native Android or web applications if you know how it operates, where it is utilized, and how it functions.

What Are Android Emulators?

Android emulators are programs created to simulate the hardware and operating system of an Android mobile device for use in testing and development. You may create Android-focused apps at your desk by running Android emulators on your Mac or PC. Android emulators are often used for playing or testing games, but you can also use them to run any program that is offered in the Google Play Store. For instance, you may immediately upload photographs from your computer to Instagram if you run the program in an emulator, which is ordinarily not feasible.

How Do Android Emulators Work?

Android emulators are desktop software programs that can replicate the hardware and software environments of using an Android smartphone. By using one, testers may create and test Android apps in real-time while gamers can play mobile Android games on PC.

Emulators replicate the architectural design of the system you’re aiming for. Consequently, depending on your demands, you may discover emulators for various types of software and hardware.

The idea of entire platform virtualization, which encompasses both hardware and software, is the foundation of Android emulators. Users may configure and set up virtual Android devices with the help of the Android Virtual Device (AVD) manager. It verifies the settings and contains details on the system image, device type, or Application Binary Interface (ABI).

The finest Android emulator is renowned for accurately replicating the smartphone’s hardware. After that, it assists in adapting the ABI for the host device. The user then integrates it with the operating system and runs it as software or an application on their computers.

As a useful workaround for those who don’t have high-end Android devices with adequate settings, Android emulators are growing in popularity. They also make all mobile apps accessible to PC users. Users may play many games at once and yet get high results as a consequence.

Capabilities and Drawback Of An Android Emulator

An actual Android device may be closely simulated using Developer Studio’s most recent Android emulator. Let’s look at some capabilities and drawbacks of an Android Emulator.

When it comes to understanding how an app interacts with a native device environment, the Android emulator is unreliable. For instance, you never know:

Here are a few emulator mistakes that you must avoid:

The emulator will not start until and unless at least 2 GB of free disk space is available in order to prevent errors and hangs brought on by insufficient free disk space. If the emulator won’t launch for you, make sure you have enough free storage space

Incase you are wearing a Bluetooth headset, you would notice that while the emulator is running, the audio output on the headphones becomes worse. This occurs as a result of the headset switching to a lower-quality duplex mode when the emulator switches on the headset’s microphone. By adding hw.audioInput=no to the config.ini file of the Android Virtual Device, you may prevent this from happening by turning off the microphone in the emulator (AVD). Go to the AVD in the Device Manager, click on its overflow menu, and choose Show on Disk to locate the config.ini file for that device.

You may also need to use an earlier version of HAXM (6.1.2) if you’re running Android Emulator on an unsupported older Mac OS X (like 10.9).

The usage of such software may reduce the speed of tools like the Android Emulator since many security and antivirus software packages function by monitoring every read and write activity.

The Android guest operating system’s RAM must be initialized before the emulator can run. Even if during real operation, the memory may be paged in on demand, the emulator on Windows demands Windows to account for the entire extent of guest memory at start time. In order to prepare for the worst-case scenario, in which all guest memory is quickly touched without any opportunity to discard or otherwise free memory, the emulator requests the full amount of guest memory at start time. This is because Windows is conservative in making sure that there is enough physical RAM and pagefile available to hold the entire potential working set.

The amount of the physical RAM and pagefile is sometimes more than the current commit limit when the emulator requests Windows to take into account this complete guest memory size. The emulator is unable to launch because Windows is unable to guarantee that the worst-case working set will fit in physical RAM or the pagefile.

Using LambdaTest As An Android Emulator

Android emulators are widely accessible on the market. While many of them share qualities, some of them have unique features. A quality Android emulator needs to be quick, effective, easy to use, and compatible with the operating system. Testing website is convenient with LambdaTest as it provides an online device farm with more than 3000 different devices and OS system combinations. It is a cutting-edge, contemporary cross-browser testing platform. For scalable mobile app and browser testing, LambdaTest offers online Android emulators.

Any Android app or web app can be quickly tested on Windows and Mac with LambdaTest. LambdaTest cloud servers also let you immediately upload.apk,.zip, or.app files, making it less antiquated and facilitating quick testing. For testing browsers and apps, you may utilize an Android emulator for Linux in addition to Windows and Mac.

The Android platform is strong and develops swiftly. Although it may not be realistic to anticipate consumers to keep up, it is essential for Android developers to do so.

Even more crucial is realizing that Android is used on more than just our smartphones and tablets. It may be found on our wrists, in our living rooms, kitchens, and cars. Prior to developing, it is crucial to get the fundamentals perfect.

MyEssayWriter Is Here to Help With An Essay!