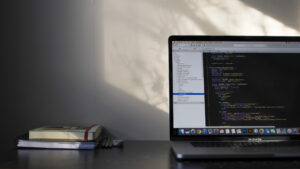 It is difficult to develop mobile apps for Apple. Swift developers are crucial to your iOS mobile app development. It is possible to be nervous about hiring an iOS Developer if your technology knowledge is limited. You should ask the following questions and have some basic knowledge before you hire Swift developers.

First of all, Portfolio of iOS developers: Before hiring them, ensure they have a portfolio. A look at the projects they have worked on previously will give you an idea of their skill and expertise. Examine their abilities and suitability for the job. A portfolio will help you determine the level of expertise and experience of the candidate. You can also ask about their responsibilities.

This can help you determine if the two of you will be a good match. What the user interface looks like, how functional it is, and what their support system looks like are some of the things to watch out for. Before you make any hiring decisions, it is a good idea to do some research on the iOS developer. You can read reviews from customers to see if they are reliable and able to deliver on time. This will be a lengthy project so it is essential to see how the iOS developer interacts directly with his clients.

Communication. It’s essential to find an IOS App developer with the same knowledge base and world perception as yours. This will allow you to avoid management misperceptions and speed up the growth process. Soft skills you need to look for include the ability and willingness to work with others, organize tasks, communicate effectively, be flexible, creative, and overcome obstacles. Employer-client relationships should be open to feedback and effective communication. It is also vital to create a schedule that you stick to.

Hard Skills:: An iOS developer should have a clear understanding of the steps involved in selling an application and be able to tell you what next. This section tests the developer’s knowledge, skills with difficult algorithms, programming abilities, and tool comprehension.

Smartphones: Finally, every iOS developer should have an iPhone in order to be able to understand how iOS apps work. He must also be able to test his work, and the best way is to use an iPhone to create an iOS app. It’s not an obligation, but rather a bit of fair advice.

Although Swift has made it much easier to develop apps for iOS, it still requires dedication and a lot of effort. Because smartphone development is such an intricate area of software engineering, there are some things that are simply too hard to grasp.

You Need to Know About Technology Wolf – The Best Tips and Tricks for Freelancing, Working from Home, and More