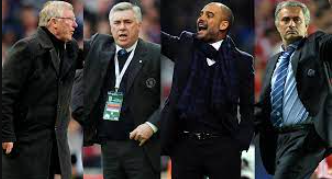 The NFL demonstrates numerous athletes who are known as superstar players who possess an enormous range of skill. Nowadays, the majority of NFL players are professional athletes who were noticed when they were competing in college football.

Talent scouts regularly attend college football games so that they can get a scope for the up-and-coming athletes. Players who stand out on the field are more likely to be noticed, and it is the coach’s job to show how each player can shine.

College football would be nothing without the coaches, and they are a key piece of the puzzle when it comes to creating future superstar NFL players. These are some of the most respected college football coaches.

Check out the latest NFL spreads to see which young athletes are predicted to join the NFL in the coming season.

Firstly, Eddie Robinson dedicated more than sixty years to college football. He coached four Pro Football Hall Of Fame players when they were part of Grambling’s team. Not only that, but Robinson coached over 200 students who went on to work in and AFL, NFL, or CFL.

He was the first coach to reach 400 career victories in college football history, and is still number three on the all-time NCAA wins list.

Another high achieving college football coach is Joe Paterno, who led his team to five undefeated seasons. He is widely regarded as a unique mind that was used to his team’s advantage during Paterno’s career.

The coach led Penn State’s football team to two national championships, and secured more victories than any other coach at the college game’s highest level.

Some of these include leading the Kentucky wildcats to a record-setting victory in the SEC. The score of 11-1 still stands today for the school team. Bryant is known for getting college teams out of their losing streaks, and changing their approach to football.

Nobody has won more national championships within as short of a time frame as Nick Saban. Many have said that he is the current Bear Bryant, and he needs just one more national title to tie with him.

Saban is a highly respected college football coach who has changed the approach to the game. The new generation of college coaches treat it more like a business, and Saban has shown how this can certainly pay off. This college coach has had 29 first-round NFL picks.

With over eight double-digit win seasons in total, Wilkinson credited his talent as a football coach to his own college coach. In Oklahoma, the Sooners won three consecutive national championships thanks to the efforts of Wilkinson. He entered the College Football Hall Of Fame in 1969.

Another important figure within Notre Dame’s football team is Knute Rockne, who is considered to be a legendary college coach. He owns the highest winning percentage for any head coach in football history. Both Leahy and Rockne were players and coaches of the Notre Dame Fighting Irish.

With 28 active years under his belt, Woody Hayes led the Buckeyes from Ohio State University to five national championship wins. He was also one of the first collegiate football coaches to recruit African-American players.

Hayes had a unique approach to coaching football, and he used a philosophy that required players to positively regard the game. Thanks to the use of a playbook, Hayes received the College Football Coach Of The Year Award three times in total.

Many Nebraska football fans consider Osborne to be one of the best college football coaches in history. Like many other renowned college coaches, Osborne used a different approach. This included focusing on nutrition, strength, and health.

The i-form offense was also frequently used within Osborne’s tactics, and he used this to win three national championships during his career.

Finally, Amos Alonzo Stagg is an important figure within football and baseball coaching. He is who the NCAA Division III Football Championship is nicknamed after, and Stagg invented the lateral pass, linebacker position, reverse play, and more.

Stagg was an incredibly high achieving coach who contributed enormous things to football, and he can be found in the College Football Hall Of Fame as a coach as well as a player.

College football has seen a great deal of changes throughout the years. Some of these include adopting a different approach to coaching, or changing perspective. This has been proven as an effective strategy, as is seen in the success of the college football coaches above.

How long do electric boards last?