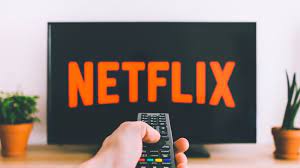 From the Monday blues, we start to count the days for the weekend.

When the weekend almost arrives, we start to plan how we will spend the weekend to remove all the stress and recharge ourselves for the next week because we again need to fight for a living and will not get any time for ourselves.

Watching a nice movie or an exciting series that are streaming on the world wide web is the most popular weekend plan.

Netflix, Hulu, Prime Video, and HBO max are ready with their long list of watchable content. The best way to binge-watch is by downloading the movie or series you want to watch this weekend from https://thenewpiratebay.org/.

Here’s What You Can Binge Watch This Weekend

Here, we have prepared a list of the best watchable content; you can simply binge-watch this weekend. Now, let’s have a look at the list and select one or two for this weekend.

This critically acclaimed crime drama series is written and directed by Brad Ingelsby. Mare of Easttown is starred by Oscar winner Kate Winslet, who plays the role of a cloyed, no-nonsense detective sergeant.

Although she is considered a local hero, she is being haunted continuously by a mystery case of a missing person that she could not solve. Later the detective takes on a murder case of Erin McMenamin, played by Cailee Spaeny, who is a young mother.

You need to watch the series to find out.

Lucifer is based on a comic series of the same name. The story starts when the titular devil himself takes off his role as the ruler of hell and takes a vacation from hell, then sets up his home in the sin-city Los Angeles as a rich club owner.

After one of his friends is killed at his club, he indulges himself in the police investigation and meets detective Chloe Decker. After that, they start to solve a lot of criminal cases together and fall in love with each other.

This series follows two different timelines of the same characters. The younger version of all the characters finds themselves stranded after the plane crash they encountered on the way to their soccer tournament.

Now the older versions we are going to see here build their families, lives, and careers, of course. Although the characters are beautiful plates by each of the costs, Melanie Lynskey still steals the show with each and every scene.

Breaking Bad is a long-format storytelling masterpiece that is also critically acclaimed. The story is mainly focused on the life of a chemistry teacher Walter White played by Bryan Cranston, who finds out that she barely can survive just with the salary of a teacher.

Later he starts his business and becomes a drug kingpin. It is a perfectly crafted show, which is tightly packed with storytelling and the performance of the caste. We can bet it will keep your nerves on end and then again put you in your stomach for a breathless roller coaster.

The Leftovers is based on a novel written by Tom Perrotta. This story starts three years after a mysterious event, known as the “Sudden Departure,” where 2% of the world population disappeared all of a sudden.

Later, the residents of a small community start to cope with their collective losses, but still, they continue to look for answers. The series goes to some really dark places. Still, the terrific performance of Christopher Eccelston, Carrie Coon, Justin Theroux, and others makes it a must-watch.

We have mentioned the most amazing series for you in the above section.

But, we also know that there is nothing called enough suggestions, so here are some more names for you.

Now you have a pretty long list of what to binge-watch this weekend. So, shop for the necessary snacks, ensure you have enough internet connection, make a cozy corner and start to watch them destress yourself.

Quick guide to help you with big data migration