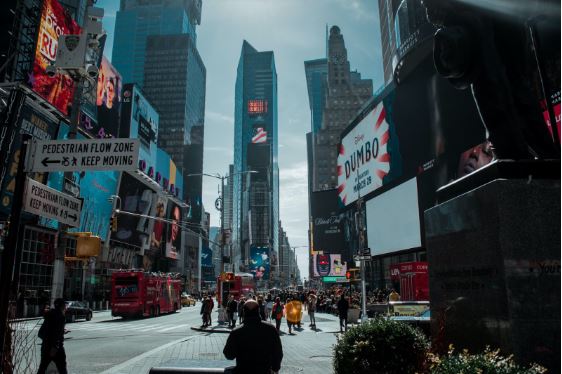 When it comes to advertising your business, billboard marketing is an effective way to get your message across. However, you must remember that people will be reading your billboard ad while driving 55 mph. It is a waste of money to cover the entire billboard with your products. Instead, focus on the most important item and describe it briefly. This way, you’ll maximize the effectiveness of your billboard ad. Here are some tips to make your billboard advertising a success:

A creative billboard design is an excellent way to capture the attention of drivers on long trips and commutes. Your billboard should have a compelling message and call to action, making it memorable. If you’re unsure how to design a billboard, consider collaborating with an advertising agency that uses an innovative design to create eye-catching advertisements. Your creative agency will benefit from your efforts, and your company will reap the rewards. So, what makes a good billboard design?

The first step in determining the effectiveness of your billboard marketing strategy is to measure the number of impressions your advertisement receives. You can do this by performing data analytics and calculating the average number of vehicles that pass by the billboard on a daily basis. You can also use census data, travel surveys, and data modeling to determine the number of people who will see your billboard. In addition to measuring the number of impressions, you can also measure how many times a person will view your ad.

In addition to the traditional methods of marketing, billboards also have the new value. For example, you can use data from mobile devices to identify your audience and their behavior throughout the day. You can target a different audience during the rush hour, whereas a high-end liquor brand might be better served advertising during evening hours. This can help your business grow and succeed. So, if you’re looking for a new way to improve your marketing strategy, try billboard advertising. It will be worth it.

You can also make your non-digital billboard ad interactive by using QR codes. These codes can be scanned by smartphones and show directions to your store, redirect viewers to your business website, or even unlock a special offer. Billboards located in pedestrian areas can make use of QR codes to make your ad even more effective. You need to be clear about what you’re offering and present it in a simple and easy to understand way.

Aside from being very effective at branding, billboards also serve as a very efficient way to reach your target market. Because they’re always on, billboard ads are viewed by more people than any other form of advertising. Unlike other media, billboards allow you to reach consumers in areas where you don’t even know existed. In addition, billboards are very memorable, thereby educating potential customers. If the ad is memorable, customers will likely remember it later on when they need a product or service.

The next step in successful billboard advertising is choosing the right location. Not only do you need to select the right locations for your billboard, but you also need to know the target demographics. The right billboard placement can help you target your ideal customers, so don’t be afraid to experiment! The more creative you get, the better. You don’t need to spend a fortune on billboard marketing, but you’ll be amazed at the results.

The most effective billboard ad includes a relevant photo, phone number, and website link. Make sure that the image you select has a 300-pixel per inch resolution. The more colors your billboard ad has, the more distractions you’re likely to get. Therefore, it’s crucial to keep your billboard message consistent throughout all of your ad campaigns. And remember: a billboard ad is not as effective as a banner ad unless it is paired with other ad strategies.

How do you move in one day?